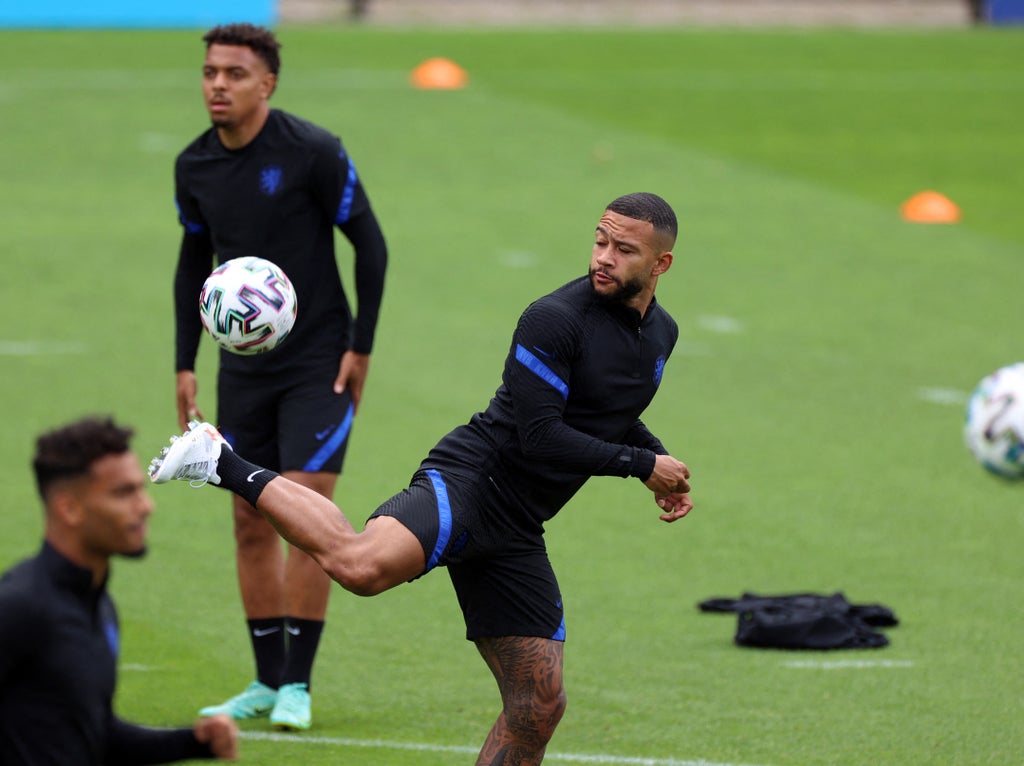 Netherlands take on the Czech Republic at Budapest’s Puskas Arena this evening as round-of-16 action continues at Euro 2020.

Saturday’s knockout fixtures saw Denmark eliminate Wales before Italy defeated Austria in extra time. Of greater interest to Netherlands and the Czech Republic will be the outcome of the first of those two fixtures, with victors Denmark awaiting the winners of this tie in the quarter-finals.

Netherlands booked their spot in the last 16 by recording three Group C wins to top their pool, edging Ukraine 3-2 in a thriller before achieving more professional wins against Austria (2-0) and North Macedonia (3-0). Captain Georginio Wijnaldum, who left Liverpool for Paris Saint-Germain this month, has been a standout performer in Frank de Boer’s side, scoring three times, while Memphis Depay is a danger up front and right wing-back Denzel Dumfries has shown his qualities.

Czech Republic, meanwhile, qualified in third place in Group D, beating Scotland 2-0 – thanks in part to a brutal Patrik Schick brace – before drawing 1-1 with Croatia and losing 1-0 to England. The Czechs have talented West Ham duo Tomas Soucek and Vladimir Coufal among their ranks but will lean heavily on Schick here as they look to pull off somewhat of an upset against a Netherlands side that have exceeded expectations in some ways. Follow live updates from Netherlands vs Czech Republic below.

Netherlands vs Czech Republic at Euro 2020

The third round of 16 match at Euro 2020 takes place in Budapest this evening, as Frank de Boer and his Netherlands side face Czech Republic, led by Jaroslav Silhavy.

It has been a tournament of surpassing expectations for both nations, arguably; the Dutch were in disarray with results prior to the Euros starting but have won all three games so far, showing some exciting attacking play and having a few youngsters push their claims in the last group game, too.

Czech Republic were comfortable in reaching the last 16 despite finishing third in the group in the end and, with Patrik Schick full of confidence, they’ll be hopeful of causing an upset of sorts.

There’s also the motivation of knowing the quarter-final will be against Denmark; while an impressive nation in their own right this summer, it’s still not the biggest task that some will face in trying to reach the semis – so as much as prolonging involvement, this 90 minutes represents a real chance to try and go the distance at Euro 2020.

It promises to be something of a classic.