Netflix has announced that it will begin revealing its viewership data for the site’s original content with creators and viewers.

The streaming giant last night announced a record 9.6 million subscribers – 7.86 million of which come outside the US – in its quarterly earnings report.

Netflix also shrugged off looming competition posed by Apple and Disney who are both launching rival services, saying new entrants will not affect Netflix’s growth.

The statement is a bold reversal on Netflix’s apparent policy of keeping their audience numbers of their content secret.

Ted Sarandos, Netflix’s chief officer, said he would be would be ‘rolling out more specific data’ in an effort for the company to be more transparent.

Traditional broadcasters and film studios routinely release their figures, but Netflix has largely avoided doing this – until now. 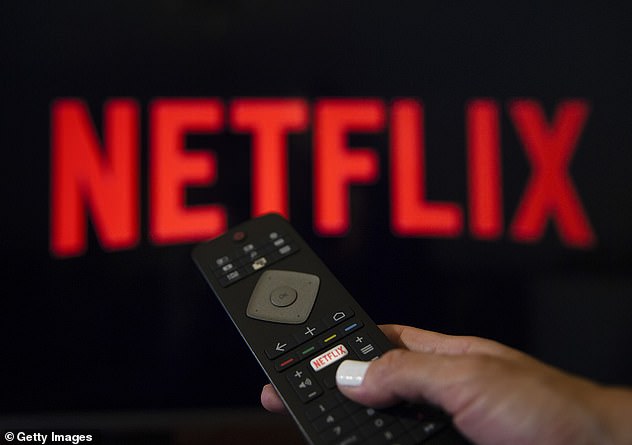 Netflix has announced that it will begin revealing its viewership data for the site’s original content with creators and viewers. The streaming giant last night announced a record 9.6 million subscribers in its quarterly earnings report (file photo)

NETFLIX’S TOP FIVE SHOWS ACCORDING TO DATA FROM 2018

Neflix’s top performing shows in the US were not created by the streaming firm, according to data released by Jumpshot in 2018.

1. The US version of The Office (owned by NBC)

‘We’re in the middle of a content arms race, which to date has been driven by Netflix’s investment in content licensing and creating original content,’ said Bea Alonso from video tech firm Ooyala, based in LA, told MailOnline.

‘However, as players like Disney join the market, it’s not surprising that we’re seeing uncharacteristic moves like this from Netflix, potentially trying to emphasise their dominance in the market as others look to take a piece of their pie, particularly when trying to compete with content that touches the hearts of several viewer’s generations, like Disney’s.

‘Fundamentally though, Netflix’s biggest differentiator is actually its supply chain, particularly when it comes to enabling such rapid expansion into new markets and getting viewers the content they want to watch to keep those subscriber and viewership numbers growing.

‘It’s this supply chain efficiency that will ultimately make or break platforms like Disney+. After all, content doesn’t make any money while it’s sitting in production.’

The company did reveal in January that Bird Box, a Netflix show starring Sandra Bullock, was watched by 26 million subscribers in its first week on the platform.

However, the declaration was met with cynicism on whether the numbers were real, estimated or based on significant viewing.

In last night’s statement, however, Netflix didn’t reveal what constitutes a stream, and whether members and their households watched content to completion.

‘Over the next several months, we are going to be rolling out more specific, granular reporting,’ said Mr Sarandos in the statement.

‘First to our producers, and then to our members, and be more fully transparent about what people are watching on Netflix around the world.’

Chris Wood, CTO of Technology firm Spicy Mango told Mail Online that the decision to share its viewing figures is a ‘surprising move’ as it has previously been very guarded over its figures.

‘The announcement has most likely been prompted by the recent criticism surrounding its business model and plateauing subscriber numbers.

‘It is a means to justify their position as a relevant and innovative platform amongst the new services cropping up, in particular, Apple and Disney.’

‘If subscribers aren’t actually watching content then they are increasingly likely to unsubscribe, resulting in lost revenue.

‘Netflix is divulging its viewing figures to show that it’s not always about the numbers, it’s about long term engagement and loyalty, which is ultimately driven by high-quality content and seamless user experience.’ 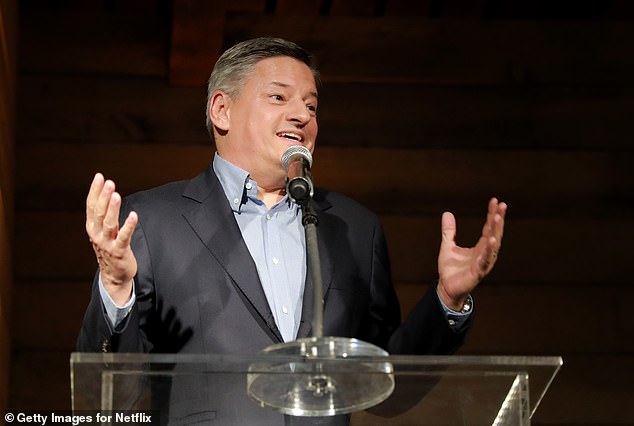 Netflix has long kept their audience numbers of who is watching their original content secret. However, at their quarterly earnings report last night, Netflix’s chief officer Ted Sarandos, pictured here at an event in March, said he would be would be ‘rolling out more specific data’

Last quarter the company explained that, due to their highly variable length, would count a viewer if they completed at least one episode of a TV series.

For a film, they would count a viewer if they watched 70 per cent of it.

The company did not reveal that they would share figures on titles that, perhaps, don’t have impressive results.

See also  Eclipse 2019 in Maryland: When is lunar eclipse visible, time, how to watch Blood Moon?

MailOnline has contacted Netflix for comment but they had not responded at the time of publication.

Details about how some of Netflix’s newer content has fared – including the Frye Festival documentary and the Kevin Costner and Woody Harrelson-led The Highway Men film – were also released last night.

The documentary series Our Planet has been viewed by over 25 million member households since its release earlier this month.

More than 20 million member households watched the documentary FYRE: The Greatest Party That Never Happened during its first month on Netflix.

‘We are trying to get to a place where we can be a lot more transparent both with our producers and with our customers, who are incredibly interested in making better choices, Mr Sarandos noted on the just over half hour earnings call with CEO Reed Hastings.

‘A lot of times that’s influenced heavily by what the world’s watching.’ 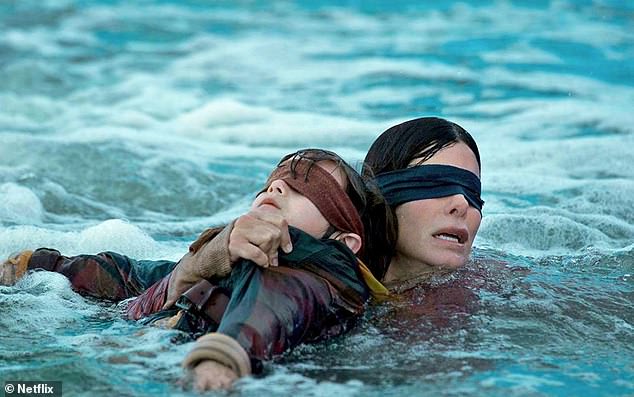 Netflix revealed in January that Bird Box, a Netflix show starring Sandra Bullock, was watched by 26 million subscribers in its first week on the platform. However, the declaration was met with cynicism on whether the numbers were real, estimated or based on significant viewing 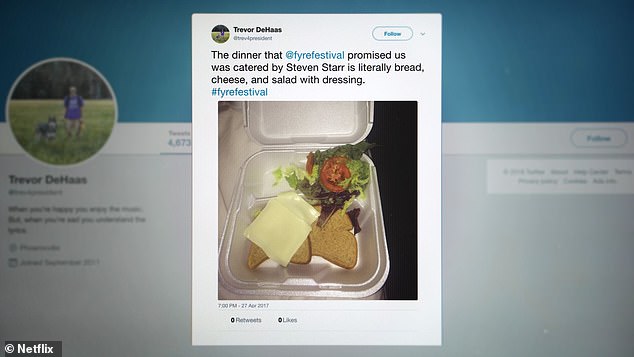 More than 20 million member households watched the documentary FYRE: The Greatest Party That Never Happened during its first month on Netflix

Mr Hastings said that the ‘real metric is can we keep our members happy and grow that subscriber base as we did so strongly in quarter one.’

The growth in subscribers, now just shy of 150 million worldwide, comes after a recent price hike in January.

Netflix’s strategy has been long been to offer the service featuring their both original content and licensed shows from other programmers.

According to estimates, Netflix will spend $15 billion (£12bn) on content this year.

Comparatively speaking, Disney and Apple, who both have unveiled rival subscription streaming services in recent months, only plans to spend a combined estimate of around $4 or 5 billion (£3 to £4bn).

Netflix was recently forced to pay a reported $100m (£76m) to Warner, which is launching its own streaming service in 2019 to keep hold of Friends for just one year.

Disney, which owns the Marvel franchise and is launching a streaming service called Disney+ in November, also pulled many of its Marvel shows from Netflix last year.

Chris Wood said that with Disney beginning to retract its content from Netflix, it is clearly a move to put ‘its stake in the ground’ and show the industry that its reign is ‘far from over’.

WHAT SHOWS WILL BE AVAILABLE ON APPLE’S NEW NETFLIX-RIVAL STREAMING SERVICE?

Apple is making a billion-dollar bet on its own on-demand television service that is tipped to launch in 2019.

The streaming platform, which will rival popular services Netflix and Amazon Prime Video, is set for release as early as next March, reports suggest.

Since October 2017, the firm has bought a dozen projects – nine of which have been green-lit for a full series.

The programming would only be available on a subscription channel, most likely bundled with the company’s existing Apple Music streaming service.

According to sources close to the project, several of the projects have been delayed by Apple, which has pushed back on mature content.

M. Night Shyamalan’s show has reportedly been pushed back because Apple requested the removal of crucifixes from the house of the main characters.

The news network drama series has also been pushed back because execs were hoping for a more ‘upbeat’ show.

Remains of 29 people buried as offerings 1,000 years ago discovered

Some carnivores, such as bears, cats and civets change their hunting schedule to avoid each other