Netanyahu not required to resign in wake of indictment, Israel AG says


Israel’s attorney general Avichai Mandelblit announced on Monday that Prime Minister Benjamin Netanyahu is not required to leave office following his indictment on corruption charges, even though several political leaders in the country called on the premier to resign.

In a statement released Monday, Mandelblit said that Netanyahu can remain interim prime minister despite Mandelbilt serving him with charges of fraud, breach of trust and bribery days earlier, giving a small boost to the embattled leader.

The attorney general’s opinion confirmed what had been a consensus legal view that an indicted prime minister can remain in office while fighting criminal charges.

Israeli law requires other public officials, including Cabinet ministers, to resign if charged with a crime but doesn’t explicitly state that a prime minister has to leave office in those situations.

BENJAMIN NETANYAHU’S RIVALS IN ISRAEL DEMAND HIS RESIGNATION AFTER INDICTMENTS

The attorney general, however, left open whether Netanyahu, the first-ever sitting prime minister to be charged with a crime, could be tasked with forming a new government by Israel President Reuven Rivlin.

The allegations against Netanyahu include that he accepted hundreds of thousands of dollars in champagne and cigars from billionaire friends, offered to trade favors with a newspaper publisher and used his influence to help a wealthy telecom magnate in exchange for favorable coverage on a popular news site.

Shortly after Netanyahu was formally charged on Thursday, Israel’s centrist Blue and White party tweeted a video of Netanyahu from 11 years earlier in which he called on the then- prime minister, Ehud Olmert, to resign amid corruption allegations. The Blue and White party is led by Netanyahu’s main rival, former military chief Benny Gantz.

“A prime minister who is immersed in investigations has no moral or public mandate to make fateful decisions for the State of Israel,” Netanyahu said about Olmert in the video.

Olmert stepped down before he was indicted on corruption charges a decade ago. He later served 16 months in prison for fraud and bribery.

Gantz himself tweeted that Netanyahu should focus on his legal affairs.

“He, too, knows that the great and complex challenges facing the State of Israel, both in the security arena and in the social and economic arena, require a prime minister to invest all his time, energy and power,” Gantz wrote.

The indictment comes at a tumultuous time in Israel following the failure by both Netanyahu and Gantz to secure a parliamentary majority and form a new government. Israel has held two parliamentary elections this year — in April and in September — both of which resulted in political deadlock, with neither leader capable of garnering support for a ruling coalition.

Last week Gantz conceded he was unable to form a government, launching a 21-day period for a majority of Israel’s 120-seat parliament to throw support behind Gantz, Netanyahu or a third candidate.

If a government is not formed by Dec. 11, Israel will be forced to hold an unprecedented third election in a calendar year.

Netanyahu, Israel’s longest-serving prime minister, has dismissed the charges against him as an “attempted coup” and reportedly claimed to be the victim of a witch hunt involving political rivals, the media, police and prosecutors, all pressuring a “weak” attorney general.

Netanyahu refused to resign and said he will fight the charges from the prime minister’s office.

Last week, Mandelblit rejected suggestions that the indictment was politically motivated, saying it was a “heavy-hearted decision” based solely on professional considerations.

Dozens of Netanyahu supporters demonstrated outside his residence in Jerusalem last week, in a show of support.

It is also unclear if Netanyahu, who also holds the agriculture, labor and welfare, health and Diaspora affairs portfolios, could keep those other ministerial positions while under indictment since the attorney general did not weigh in on that question Monday. 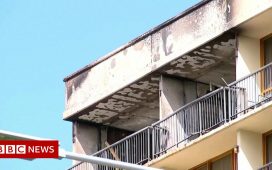 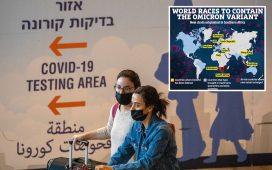 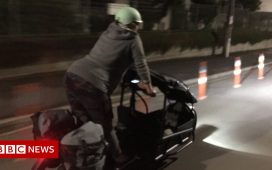