A Nepalese man with a tumour so big it covered half his face and left him blind in one eye has finally had it removed.

Before his surgery, cruel strangers would stare, take photographs without his permission and in one case even branded him a devil in a past life.

Ashok Shrestha, 60, from Kathmandu, Nepal suffers from neurofibromatosis – a rare genetic disorder that causes tumours to form on his nerve tissues.

The former accountant has had tumours on his face since he was just two years old, and by the age of 30, these had grown to over six inches in length covering over half of his face and blinding him in his right eye. 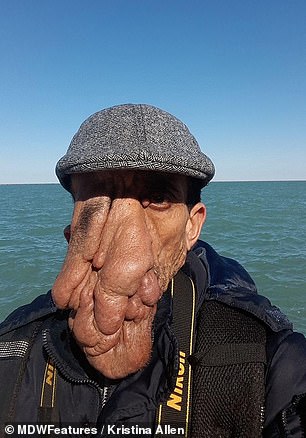 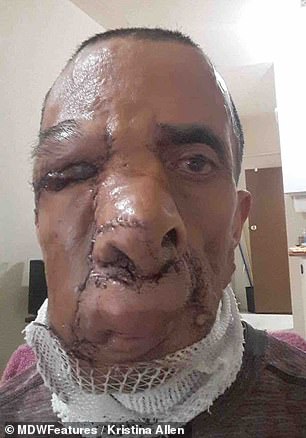 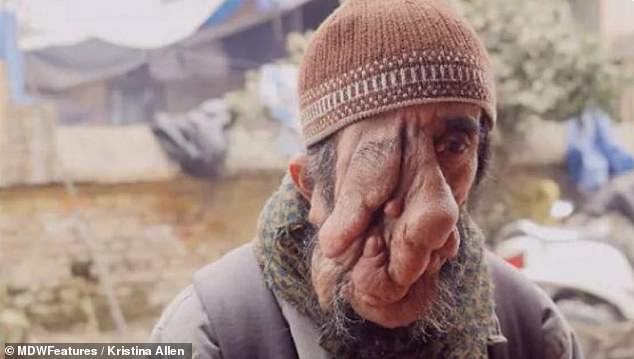 Ashok has had tumours on his face since he was two years old, and by the time he was 30 they had covered over half of his face and blinded his right eye. He was found on the streets of Kathmandu by a London-based singer while she was growing up there

Despite travelling to India for surgery in 1989, the tumours continued to grow – as did the stigma from strangers towards Ashok.

People would stare, interrogate him about the illness, and unashamedly take pictures without his permission. On one occasion, a man even accused him of being the devil in a past life.

Despite having a master’s degree in accounting, Ashok found it increasingly difficult to find a job because of the way he looked.

With his father dying of a heart attack and his mother passing soon after due to a brain hemorrhage, Ashok was left with nothing.

Fed up with his deteriorating condition and the failed surgeries, Ashok searched for the best doctor in the world with the hope that the tumours could be removed once and for all.

Having discovered Dr Mckay McKinnon, a plastic surgeon who specialises in the removal of large tumours, Ashok began his crowdfunding efforts. 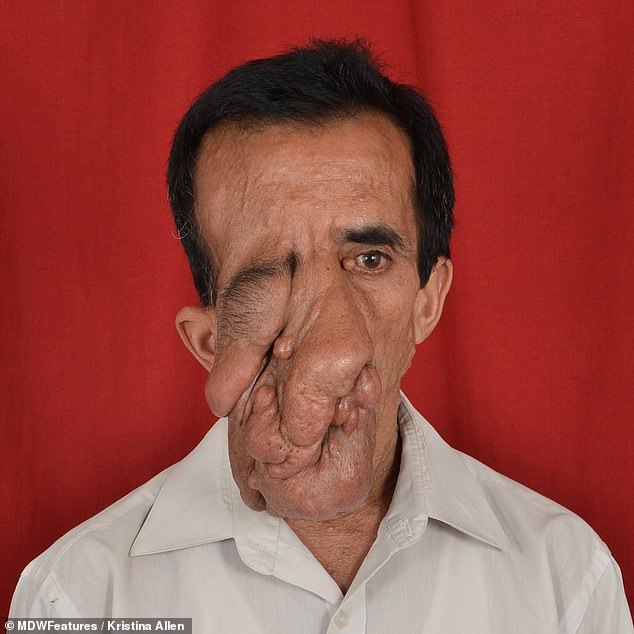 Despite undergoing surgery in India in 1989, the tumours continued to grow. Fed up with social stigma he faced, he searched for a doctor in the hope he could have the tumours removed 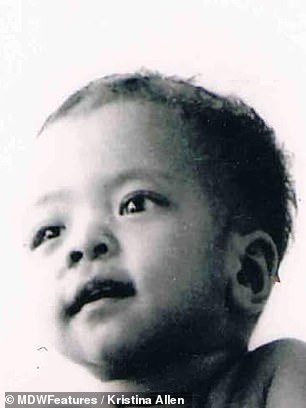 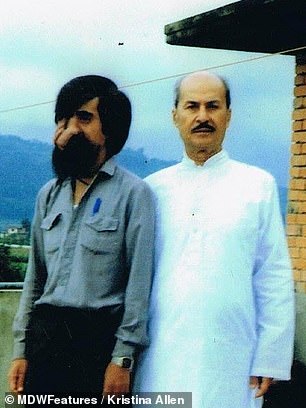 Left: Ashok, pictured as a child before the tumour started to grow. Right: Ashok pictured with his father in his younger years. Both his father and mother died leaving Ashok with nothing

London-based singer Kristina Allen, 24, grew up in Kathmandu and used to see Ashok sitting in a local tea shop everyday.

In 2015, Kristina returned to Kathmandu for the Christmas holidays after studying in the UK and wanting to help Ashok and she set to work raising awareness for his crowdfunding campaign.

Taking to social media, Kristina began a Go Fund Me page for Ashok and the total quickly rose to over £31,000.

In March 2018, Ashok had his first surgery and since then has had five further surgeries that have reduced the size of his tumour by 90 per cent.

Not only have the operations increased his confidence, but they have allowed him the ability to communicate clearly, something that the tumour covering his mouth previously prevented.

Whilst Ashok remains blind in his right eye, he has been given a prosthetic eye which has significantly increased his self-esteem. 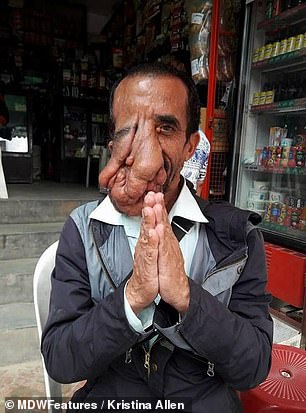 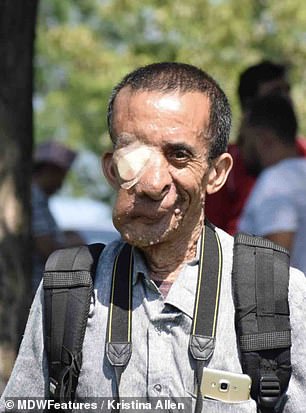 London-based singer, Kristina Allen, grew up in Kathmandu and used to see Ashok sitting on the street. She returned to the city in 2015 and set to work raiding awareness of a crowdfunding campaign to help Ashok raise the funds for surgery 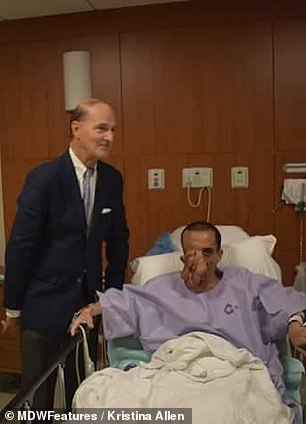 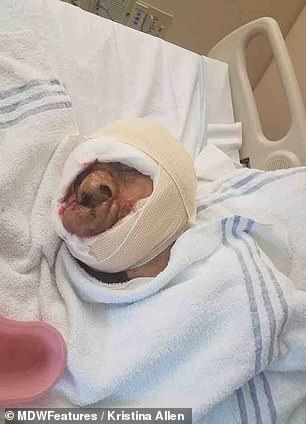 This growth in confidence has led Ashok to finding employment in a Nepalese restaurant in his new home, Chicago, although he ultimately wants to return to his former career in accounting.

‘When I was two, a doctor visited Nepal from London and I had my first operation,’ Ashok said.

‘The tumours kept growing though. Nothing really changed until I was thirty and then I underwent further surgeries in India to try and remove the tumour that now covered half of my face.

‘These surgeries in India were unsuccessful. People had started to become scared of me and the way I looked.

‘The large size of the tumour on my face made it very difficult for me to eat and drink. My speech was also disturbed, making it difficult for other people to understand what I was saying.

‘Someone even said ‘you were a devil in a past life,’ because of the way I looked. 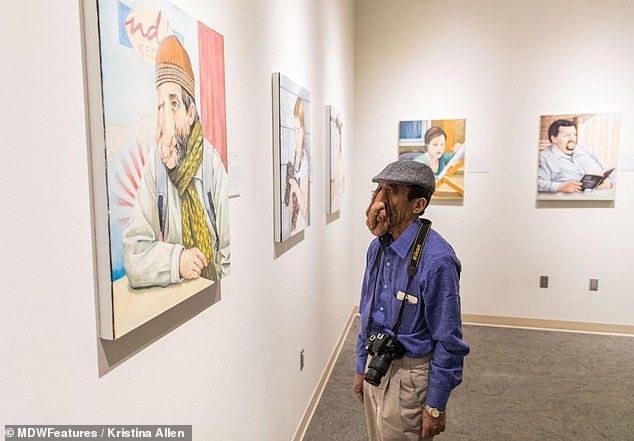 Before his surgery, Ashok visited an art gallery in Nebraska where there is a portrait of him 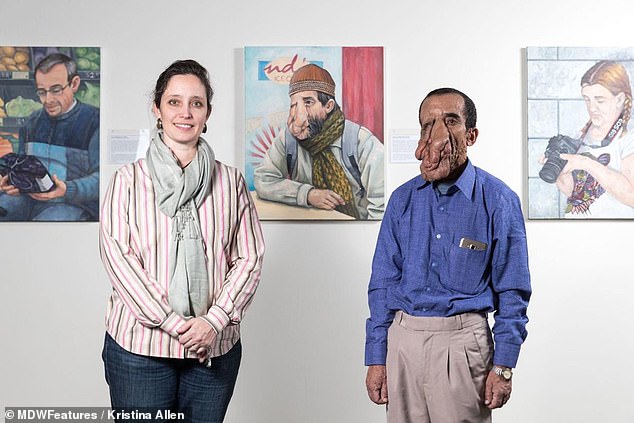 Ashok stands with Rachel Mindrup, the artist behind the portrait of Ashok on display in the Nebraska art gallery, seen on the wall behind them

‘In Nepal, conditions like his often carry a stigma. People stare at me for long periods of time making me feel very uncomfortable.

‘Some people even come right up to my face to interrogate me – asking me why I look this way.

‘With the help of Kristina, we managed to start a crowdfunding campaign and I’ve since had five surgeries in America which have all been very successful.

‘They have managed to remove ninety per cent of the tumour on my face and I now have a prosthetic eye. I can’t believe the improvement after all this time.

‘I recently also got a job as a cook in a Nepali restaurant in Chicago and I’m starting to feel accepted and a part of society.’

Whilst Ashok is finding everyday living in Chicago much easier since his operations, he still notices strangers staring but hopes that one day he will be seen as just another regular person. 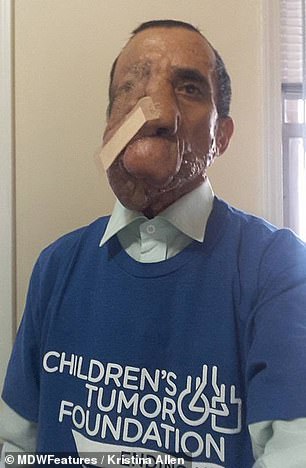 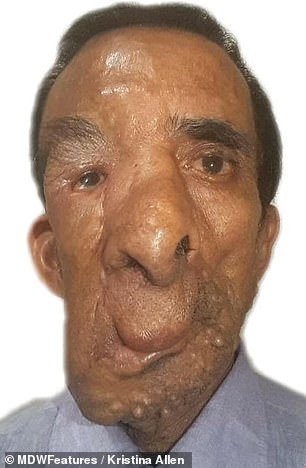 With at least two more surgeries planned to remove as much of the remaining tumour as possible, Ashok is hopeful that his dream of being treated like any other person will become a reality

With at least two more surgeries planned to remove as much of the remaining tumour as possible, Ashok is hopeful that this dream will become a reality.

His ultimate goal is to help others suffering from neurofibromatosis to find employment.

‘I no longer face the level of harassment I once experienced in Nepal,’ Ashok said.

‘However, some people I encounter still stare at me. I very much wish to be seen as just another human being. 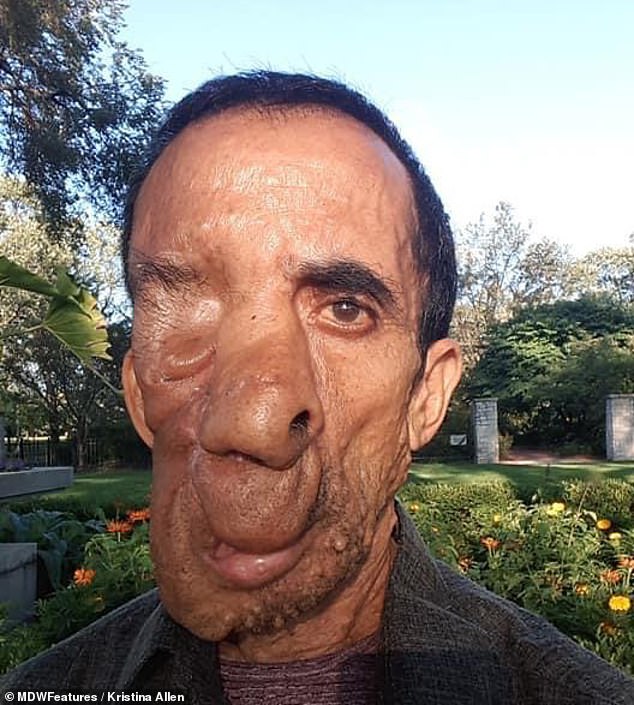 Before his surgery, Ashok felt self conscious and was the target of much derision from passing strangers. Now, he says he no longer faces the level of harassment he experienced in Nepal

‘I’m hopeful that one day, this day will come – especially as my remaining tumours should be removed in the future.

‘If the opportunity is there, I would love to do some courses that would enable me to get better employment.

‘My dream is to set up a foundation that would help people like me with neurofibromatosis find employment to give them the support that is needed to get through life.

‘My happiness would come from making a positive difference to people who suffer from neurofibromatosis.’

Breonna Taylor: Officer in shooting says it 'was not a race thing'

Coronavirus is 'back with full force' in Germany, state premier says