The Executive Secretary, Nigeria Christian Pilgrim Commission (NCPC), Rev Yakubu Pam, has applauded former Governor of Plateau State, Sen Jonah David Jang and other eminent Nigerians for their contribution to the growth and development of Nigeria.

He acknowledged with gratitude the role of former Deputy Inspector General of Police and former Gbong Gwom Jos, late Da Victor Pam for his sacrifices to nation-building.

Rev Pam disclosed this when he paid a courtesy call to the former governor at his residence in Jos, where he described Jang as a close ally of former President Muhammadu Buhari.

He noted that Jang is a national leader with credible track records of selfless service to Nigeria and said Plateau people were deeply appreciative of his invaluable contributions to the growth and development of the state and the country.

Rev Pam said he was at the residence of the former Governor to formally inform him of his appointment by the President as the Executive Secretary of NCPC and to tap from his rich wealth of experience and wisdom.

He said the meeting was to further foster unity among the Berom people and goes to show that there were no differences politically and otherwise among the people.

Rev Pam stressed the fact that the former Governor and President Muhammadu Buhari were close and as such should join forces to move the country’s forward.

Rev Pam said that the nation needs every hand to be on deck to drive the process of nation-building.

‘Nigeria really needs you because you are a national leader,’ he stated.

Rev Pam appreciated the Governor of Plateau State, Rt Hon Simon Lalong, for supporting his appointment and urged the people of Plateau State to rally round him to succeed in bequeathing the dividends of democracy.

Jang in his remarks congratulated Rev. Pam on his appointment and reaffirmed that he had a wonderful time working closely with NCPC while serving as the Governor of Plateau State.

He said the NCPC would continue to remain strategic in Christendom and it was privileged that their own son was given the opportunity to occupy the office. 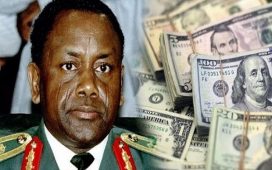 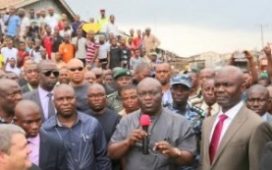 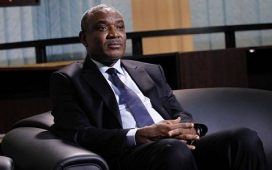 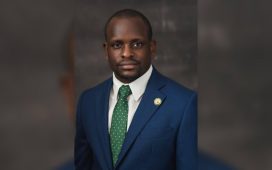