Jeremy Lamb was the star again, and the Charlotte Hornets remained alive in the playoff race with a thrilling 113-111 win over the visiting Toronto Raptors on Friday night.

Lamb hit a 3-pointer with 3.3 seconds remaining to give the Hornets the lead, and then Charlotte held on when Kawhi Leonard’s 3-point attempt wedged between the rim and the backboard with one second remaining.

This was the first meeting of the teams since the Hornets stunned the Raptors 115-114 in Toronto on March 24, on Lamb’s miracle bank shot from behind the half-court line at the final buzzer.

The Hornets had lost three of their previous four and were in a total “must-win” mode Friday night. They still sit two games back of Detroit and Brooklyn, who are tied for the seventh spot in the East, and one game back of ninth-place Miami in the Eastern Conference.

The game was critical to both teams’ playoff positioning, and it was the Thunder who came out ahead, winning for the second consecutive game and the fourth time in seven games.

The Thunder remain in seventh place in the Western Conference, a half-game ahead of the San Antonio Spurs with a game at hand. The Pistons lost for the third consecutive game and for the sixth time in their past eight to fall into a tie with idle Brooklyn just above the East playoff cutline.

Jayson Tatum scored 22 points, and Gordon Hayward added 21 as Boston took over sole possession of fourth place in the East with a victory over Indiana in Indianapolis.

The result puts the Celtics on track for home-court advantage in the upcoming NBA playoffs. A first-round postseason series between the Celtics and Pacers is likely, though Boston moved within 1 1/2 games of Philadelphia for the No. 3 seed.

Kyrie Irving scored 17 points for the Celtics while Hayward was 9 of 9 from the field and 3 of 3 from the free-throw line. The Pacers have lost eight of their last 11 games despite entering play Friday on a two-game win streak.

Orlando set an offensive season high in a rout of Atlanta in its final home game of the regular season, getting a key victory for playoff positioning.

It was the third-highest point total in Orlando’s history. The Magic’s scoring record is 155, set back in 1990. The Magic set a franchise record for points scored in a first half with 81 and led by as much as 38 in the opening half.

The record-setting performance couldn’t have come at a better time. Orlando moved up to sixth in the East with its victory, a half-game ahead of Brooklyn and Detroit, though the Magic have one fewer game remaining than both.

The loss was the third in a row for the Heat, who must make up a one-game deficit in the playoff race with three games remaining. Dwyane Wade led Miami with 24 points, including a steal at midcourt and a layup with 10 seconds left that cut the Heat’s deficit to 110-109.

Minnesota is out of playoff contention but played spoiler. Karl-Anthony Towns struggled with 11 turnovers, including four offensive fouls. He had an odd triple-double along with his 13 points and 12 rebounds.

Stephen Curry rebounded from his lowest-scoring game of the season with one of his best, bombing in a game-high 40 points as Golden State outlasted Cleveland at Oakland, Calif., in a rematch of the past four NBA Finals.

The victory allowed the Warriors to move within one win of clinching the top seed in the Western Conference playoffs, which start next weekend. The Warriors swept the Cavaliers, then led by LeBron James, in last season’s Finals.

In sweeping the season series from the Cavaliers for the second consecutive season, the Warriors led wire-to-wire but saw a 21-point lead shrink to 115-112 with 2:52 to play.

Jamal Murray scored 23 points to help the Nuggets clinch the Northwest Division and at least the No. 3 seed in the Western Conference. Denver has a slim chance at the top seed but leads Houston by 1 1/2 games for the second seed with a game in hand.

Enes Kanter had 24 points, Rodney Hood had 17 points and Al-Farouq Aminu had 12 points and 14 rebounds for Portland. Damian Lillard scored 14 points but missed all six of his 3-point attempts.

The Rockets earned their fifth straight win and 19th in 22 games by seizing control early. They led by double digits for the final 40:04, and by at least 20 points for the final 29:20. They went in front by as many as 42 points.

Harden shot 8 of 21 and hit five of Houston’s 22 3-pointers. He added eight assists and eight rebounds.

Grayson Allen scored a career-best 23 points on 10-of-14 shooting as Utah won its season-best seventh straight game, an easy triumph over Sacramento in Salt Lake City.

The Jazz have won by 20 or more points on seven occasions during the 13-game stretch. The Kings must win their final two games to end a streak of 12 straight losing seasons.

Caruso, who is on a two-way contract with the Lakers and did not make his first start with them until Thursday, shot 5 of 7 from 3-point range. He had career highs in points and rebounds (10) while adding five assists.

Danilo Gallinari scored 27 points, and Shai Gilgeous-Alexander added 20. The host Clippers lost their second consecutive game after a stretch when they had won eight of nine. They remain sixth in the West, a game clear of the Thunder.

Rudy Gay had 18 points on 7-of-9 shooting, and Bryn Forbes and Patty Mills scored 17 points each for the Spurs. Coming off a 28-point loss at Denver, San Antonio shot 56 percent from the field for the game and outrebounded Washington 42-34.

Bradley Beal scored 25 points in 31 minutes for the Wizards, who have lost two straight games. Thomas Bryant had 19 points on 8-of-10 shooting.

Jamal Crawford added 28 points and Ray Spalding had a career-high 21 points and 13 rebounds for the Suns, who went 2-3 on a five-game homestand. Phoenix was without five key players, including Devin Booker, who sustained a season-ending ankle injury on Wednesday.

It was the second overtime win for Phoenix over New Orleans in three weeks. Jackson made a tying 3-pointer as the Suns scored five points in the final 2.2 seconds of the extra period in a 138-136 victory at New Orleans on March 16.

Delon Wright recorded a triple-double as Memphis won at Dallas, which was without rookie Luka Doncic (thigh).

Wright, who came into the game averaging 8.2 points per game, connected on 10 of 19 shots from the field and finished with 26 points to go along with 10 rebounds and 14 assists. He started in place of Mike Conley (ankle), and helped the Grizzlies snap a two-game losing streak.

With just three games left, the Mavericks have the inside track for a higher draft pick, as Dallas and Memphis both entered the night at 31-47. 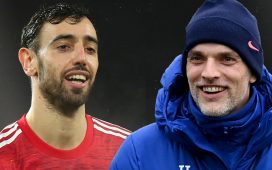 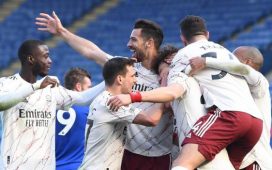