December 9, 2020, could have passed like a normal day but for three historic events. It was International Day Against Corruption. Also, Prof. Mahmood Yakubu was sworn in as the chairman of the Independent National Electoral Commission (INEC) for a second term, being the first to enjoy such in our history. And then the National Assembly hosted the public hearing as a major step towards the much-clamoured reforms on Nigeria’s electoral system. 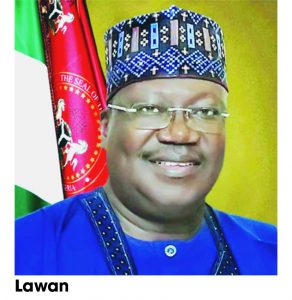 The common ground that these events shared was the menace of political corruption under which Nigeria has been groping, sequel to weak electoral system, which also is the main reason the country is poorly perceived externally, amid other elements of corruption. Ultimately, the processes that produce political leadership should stand on a robust foundation, given the centrality of politics to national development. But, lamentably, Nigeria’s story is different.

Political corruption entails the use of government powers for illegitimate ends as against public good. It hinders social, political and economic development as it weakens the institutional capacity of governments relative to equitable distribution of resources across the population, and progressively widens the gap between the poor and the rich. Largely, it manifests as political leaderships lacking in commitment to national interest, character, competence and capacity to provide solutions or create opportunities. Other consequences are absence of ideologies and discipline among the political parties, highly expensive and compromised processes, mediocrity and nepotism, rising wave of insecurity, thuggery and hooliganism are routinely patronized by the political class, growing rate of electoral litigations and relative illegitimacy of governments sequel to public trust deficit and disenchantment. Empirically, therefore, political corruption is antithetical to good governance.

Political corruption has become a potent national threat that must be massively contained, especially now that it matters most. And also because politics drive economy and development, Nigeria must urgently fix her politics for all other aspects of national life to fall in place. That, of course, was the central message from those events. And, certainly, it is only by diligent reforms in the electoral system that the tide can be stemmed, for the lasting good of the people. Put differently, there must be a comprehensive turnaround of the electoral system, aimed at eliminating political corruption, that Nigeria may work again.

Quite responsively, the 9th National Assembly is committed to electoral laws reform. They are convinced that only free, fair and transparent elections guarantee popular governments defined by strong legitimacy. The legislators are unanimous that flawed elections undermine development as they create distractions for governance and emotional trauma for the people.

Particularly, it is the passionate view of the Senate President Ahmad Lawan that citizens’ trust and confidence can only be restored through credible and acceptable electoral processes where every vote is respected, irrespective of the eventual outcome of elections; and also, that constituents should be mobilized to always demand accountability from government at all levels. Understandably, he has won six consecutive national elections, being in the National Assembly since 1999. So, he substantially embodies the people’s frustrations and expectations.

Equally, INEC is concerned. Prior to the renewal of his appointment, the commission, through its chairman, Prof. Yakubu, had outlined the basic principles of the amendment, for effectiveness. They included: “increasing citizens’ confidence by enhancing the transparency and credibility of the electoral process; entrenching internal democracy within political parties; and ensuring inclusivity in the electoral process for marginalized segments of the society such as women, youth and persons with disabilities.”

According to him, others are “reducing the cost of elections; curbing the incidence of violence and sundry malpractices in the electoral process; ensuring that violators of electoral laws are effectively sanctioned; deepening the deployment of technology in elections; and increasing the autonomy and independence (both administrative and financial) of the electoral commission.”

At the public hearing, Lawan further dramatized the sense of urgency and high premium placed on the matter. He refused to leave the venue after officially declaring the event open, as convention demands. No, he must be part of the discussions so as to hear directly from the public, for well-informed perspectives. That was indeed remarkable leadership, for those familiar with legislative processes and procedures. He restated that “we remain committed to all the issues we have considered important in our Legislative Agenda. Without anybody holding us responsible, we have achieved most of those things that we have set as targets, and Electoral Act amendment is one of those targets. By the grace of God, we will work so hard to pass it before the end of the first quarter of next year. In the National Assembly here and particularly the 9th Assembly, we have set a Legislative Agenda in the Senate. They have one in the House. Although they are similar, we have consistently remained focused on the Electoral Act amendment and constitutional amendment that may also refine the Electoral Act and the political environment generally in Nigeria.”

Of course, that was not the first he would stress the overriding necessity of strengthening Nigeria’s electoral system.

At the launch of his legislative agenda ahead of election as Senate President, he had revealed that the legislature under him, among others, would “continue with legislative actions to bring to closure all outstanding legislation, including the Electoral Act and constitution amendment bills.”

Barely one week after inauguration and while receiving a delegation of the European Union Elections Observers Mission in Nigeria, Lawan hinted that “we will be quick to address all the grey areas and come up with better inputs before the next general election. We consider our elections of great importance; we have lessons to learn and we want our elections to be credible. Our desire is that our electoral umpire continues to be independent and improve to perform the statutory functions creditably well. We, in the 9th Assembly, will continue to work in a committed and united manner to offer the best to the electorate.”

As for the Speaker of the House of Representatives, Femi Gbajabiamila, “Nigeria is ready to always follow international best practices. I commend the fact that there has been improvement in Nigerian electoral process but more needs to be done. Parliament will hit the ground running in terms of electoral reforms as the process of elections is before, during and after the elections. Election is the bedrock of any democracy and there is the desire to get the process right.”

Senate President also canvasses for establishment of electoral offences commission to “sanitise the electoral environment in the right direction.” He argues that it “is one of many that requires we amend the Electoral Act. Even constitutional amendments and alterations will be made to that effect to ensure that the electoral processes and procedures are very well protected, that will stop people from abusing the process because they are in power, or because they have money. I agree that the penalties must be punitive enough to make people not to indulge in electoral offences.”

Elsewhere, at a two-day retreat for the National Assembly organized by INEC, Lawan reiterated that “sacrosanct constitutional duty of protecting our democratic order starts with ensuring that we provide the right electoral legal framework for the conduct of free, fair and credible elections by the commission. The 9th National Assembly is firmly committed to electoral reform. By amending the Electoral Act responsibly, we would be strengthening our electoral system to deliver more credible elections. It is right to do this for the betterment of our democracy.”

Apparently being guided by the experiences of the last assembly, Lawan emphasized that “we want to pass the bill well ahead of the next electoral cycle in 2023 and avoid the political heat and pitfalls that imperilled the efforts of the 8th National Assembly, which passed the same bill close to the last general election.”

Unarguably, the 9th National Assembly, through its chairman, Lawan, has shown sufficient understanding that the consequences of political corruption are overwhelming in undermining effects and also that credible election is a sine qua non for political stability and national development. As such, the public, particularly stakeholders in the electoral processes, should identify with this strategic legislative intervention. In this regard, let the teachings of the International Day Against Corruption, the lessons of reappointing Prof. Yakubu and the reasons for that public hearing, cumulatively persuade everyone, right now!

On his part, the champion of not-too-young-to-run campaign, Samson Itodo, has displayed patriotism. He warned that “the 9th National Assembly will be judged by the extent to which the proposed electoral amendments promote happiness for the greater number and not just the political elite. Any piece of electoral legislation that will not guarantee the people’s participation, protect the sanctity of the vote or advance electoral justice may not serve the common good.”

So, what about you?

•Egbo is print media aide to the President of the Senate