Black holes are among the most terrifying objects in the universe – but also the most confusing.

Which is not surprising, considering that it’s highly likely that the laws of physics break down once you enter a monster’s dark maw.

Simply put, a black hole is a massively dense object with such a strong gravitiational pull that not even light can escape.

Once you cross a hole’s ‘event horizon’ there is basically no chance of getting away and beyond this threshold lurks the ‘singularity’ where a huge mass is crammed into an infinitely small space.

And if you find that difficult to get your head around, you’re not alone. Even the greatest physicists in the world are still grappling with the mystery of black holes.

Scientists recently released the first picture of one of these dark behemoths, whilst a separate study showed that the supermassive hole at the core of the Milky Way has been seen glowing brightly.

However, Nasa has warned that ‘much of what we think we know about black holes turn out to be myths’.

Here are four of the biggest misunderstandings about these cosmic collossi.

Black holes are all black

They are famous for their darkness, but it turns out that black holes cause processes which generate light.

For instance, many of the monsters are known to be surrounded by an ‘accretion disk’ made of gas, dust and other material, which glows as friction and gravity compress and heat it.

You can see this process at work in the first pictures of a black hole we’ve included at the top of this article.

All black holes are the same size

The beasts actually come in a variety of different shapes and sizes.

The behemoths we’ve observed range from relatively tiny holes which have a mass a few times than the sun to gigantic ‘ultra-massive’ beasts which can be more than 60 billion times bigger than our star.

Small black holes are ‘usually the result of a relatively short and violent collapse of a star’, whilst supermassive holes are found at the centre of galaxies.

Dr. Dan Evans, a Nasa astrophysicist, said: ‘There’s a direct relationship between the beginning of super massive black holes and the beginning of their corresponding galaxy. This strongly suggests the two were born about the same time and slowly grew in size together over billions of years.’

Black holes will suck you in if you stray too close

You might think that coming within a few thousand miles of a black hole means there’s no escape, but Nasa said you can ‘get surprisingly close to a black hole’ without being caught in its gravational death trap.

If our sun was replaced by a black hole, you could travel to a distance of tens of miles without worrying about sucked in.

‘ All of the planets would continue to revolve around [the hole] at exactly the same speed and distance as they do now,’ Nasa said.

Professor Stephen Hawking famouls calculated that black holes slowly vanish due to the emission of radiation.

This process is known as black hole evaporation and suggests the monsters gradually disappear over long periods of times.

Hawking famously said he would win the Nobel Prize if this astonishing phenomenon was ever observed in the wild.

Sadly, the amount of radiation is too small to be seen easily using the instruments currently available to scientists.

‘The slow leak of what’s now known as Hawking radiation would, over time, cause the black hole to simply evaporate,’ Nasa wrote.

Exclusive: Hackers acting in Turkey's interests believed to be behind recent cyberattacks – sources

Apple is going to give old iPhones a new lease of life, rumours suggest 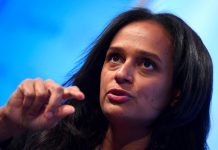 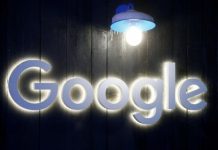 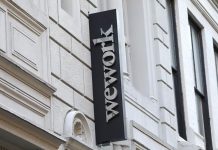