The molecule has never been detected before in any other atmosphere, yet this simple carbon-based formation could be a precursor to more complex compounds which may form, or feed, life forms on the moon.

Scientists first noticed the molecule, which is made of three carbon atoms and two hydrogen atoms, while sifting through light signatures collected by the Atacama Large Millimeter/submillimeter Array (ALMA) in Northern Chile.

“When I realized I was looking at cyclopropenylidene, my first thought was, ‘Well, this is really unexpected,’” said Conor Nixon, a planetary scientist at Nasa’s Goddard Space Flight Centre who led the search.

This is because the substance reacts so easily with other molecules; before now, it had only been found in clouds of gas and dust floating between star systems – locations which are too cold for chemical reactions to happen.

Titan, however, is a more beneficial spot for the molecule to form. This is because in the upper layers of the moon’s atmosphere there are fewer other gases for cyclopropenylidene to react with.

Scientists do not know yet why cyclopropenylidene exists in Titan’s atmosphere in particular, when it is absent in others.

“Titan is unique in our solar system,” Nixon said. “It has proved to be a treasure trove of new molecules.”

The composition of Titan’s atmosphere is mostly nitrogen, similar to Earth’s with more methane.

Chemical reactions caused by the heat and light of the Sun have break down these compounds, and inspired scientists to conduct exploratory missions including Dragonfly, which will look for the building blocks of life.

Dragonfly will launch in 2026, but will not reach Saturn’s moon until 2034. When there, it will travel to numerous locations on Titan in order to look for evidence of chemical processes similar to those on early Earth.

“We want to know what compounds from the atmosphere get to the surface, and then, whether that material can get through the ice crust to the ocean below, because we think the ocean is where the habitable conditions are.”

Molecules on Titan could unlock the secrets of Earth’s history because it is so similar to how our planet’s makeup would have been nearly four billion years ago.

“We think of Titan as a real-life laboratory where we can see similar chemistry to that of ancient Earth when life was taking hold here,” said Melissa Trainer, a Nasa Goddard astrobiologist.

“We’ll be looking for bigger molecules than [cyclopropenylidene],” Trainer also said, “but we need to know what’s happening in the atmosphere to understand the chemical reactions that lead complex organic molecules to form and rain down to the surface.

Cyclopropenylidene is also a “cyclic”, or closed-loop, molecule; these kinds of compounds form the backbone rings for nucleobases in DNA and RNA (Ribonucleic acid).

The flow of genetic information in a cell is from DNA through RNA to proteins, scientists say.

The only other cyclic molecule to be found is benzene, and was previously considered to be the smallest unit of ringed hydrocarbon molecules found in any atmosphere.

Cyclopropenylidene, however, has half the carbon atoms of benzene, and has therefore taken its place. Evidence of an electrically-charged version of the molecule has also been found.

“It’s a very weird little molecule, so it’s not going be the kind you learn about in high school chemistry or even undergraduate chemistry,” said Michael Malaska, a JPL planetary scientist.

“Down here on Earth, it’s not going be something you’re going to encounter.” 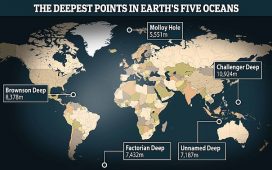 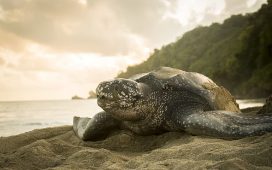 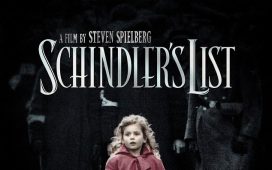 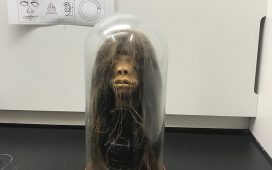