It’s the most size-shamed world in the entire universe, but is it time we stopped being so mean about Pluto?

A top Nasa boss has said that Pluto should no longer be regarded as a ‘dwarf planet’.

In 2006, the International Astronomical Union (IAU) downgraded the status of Pluto and cut the number of planets in our solar system to eight.

After this controversial decision, a long debate raged about whether Pluto should once again be listed as a proper planet alongside Mercury, Venus, Earth, Mars, Jupiter, Saturn, Uranus, and Neptune.

Now Nasa administrator Jim Bridenstine has waded into the debate.

‘Just so you know, in my view, Pluto is a planet,’ he said during a tour of the Aerospace Engineering Sciences Building at the University of Colorado Boulder.

‘You can write that the NASA Administrator declared Pluto a planet once again. I’m sticking by that, it’s the way I learnt it, and I’m committed to it.’

My favorite soundbyte of the day that probably won’t make it to TV. It came from NASA Administrator Jim Bridenstine. As a Pluto Supporter, I really appreciated this. #9wx #PlutoLoversRejoice @JimBridenstine pic.twitter.com/NdfQWW5PSZ

In 2006, the IAU changed the definition of a planet.

Pluto received a cosmic snub back in 2006 when the International Astronomical Union decided it wasn’t actually a planet after all.

The little rocky world that’s 7.5 billion kilometres from Earth was downgraded to ‘dwarf planet’ status after they deemed it didn’t ‘clear’ it’s orbit.

This means a planet has the largest gravitational force within its orbit and has swept up all other objects in its path.

Since Neptune’s gravity influences Pluto and it also shares an orbit with frozen gases and objects in the Kuiper belt, the tiny world was officially dubbed a dwarf planet.

Recent research from the University of Central Florida suggests that declassifying Pluto may have been a bit hasty.

Philip Metzger, a planetary scientist who led the research, scoured scientific literature over the last couple of hundred years and found only one publication (in 1802) that uses this same ‘clearing’ standard for classifying planets.

He also says that big moons like Titan and Europa also get called planets frequently.

‘The IAU definition would say that the fundamental object of planetary science, the planet, is supposed to be a defined on the basis of a concept that nobody uses in their research,’ Metzger said.

‘And it would leave out the second-most complex, interesting planet in our solar system.’

‘We now have a list of well over 100 recent examples of planetary scientists using the word planet in a way that violates the IAU definition, but they are doing it because it’s functionally useful,’ he said.

‘It’s a sloppy definition,’ Metzger said of the IAU’s definition twelve years ago.

‘They didn’t say what they meant by clearing their orbit. If you take that literally, then there are no planets, because no planet clears its orbit.’

Study co-author Kirby Runyon, with Johns Hopkins University Applied Physics Laboratory in Laurel, Maryland, said the IAU’s definition was wrong since the literature review showed that clearing orbit is not a standard that is used for distinguishing asteroids from planets, as the IAU claimed when crafting the 2006 definition of planets.

‘We showed that this is a false historical claim,’ Runyon said.

‘It is therefore fallacious to apply the same reasoning to Pluto.’ 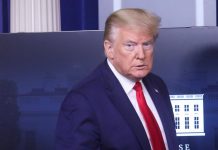 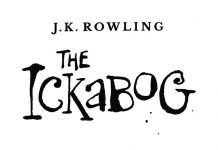 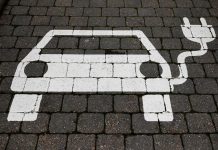