NASA asteroid: Space rock found barreling two days ago is about to skim Earth at 18,700MPH


The speedy asteroid will swing by the planet on its orbit of the Sun just before midnight today (August 30). NASA first observed the space rock, dubbed Asteroid 2019 QU4, on Wednesday, August 28. The initial observation and the 67 that followed, have determined the asteroid is headed on a so-called Earth Close Approach. NASA found the asteroid will appear closest to our home planet tonight at 11.47pm BST (10.47pm UTC).

Asteroid QU4 is an Apollo-type rocky object barreling around the Sun on a trajectory similar to Asteroid 1862 Apollo.

The asteroid is also ranked as a Near-Earth Object (NEO), meaning it can come dangerously close to Earth.

NEOs are all comets and asteroid circling the Sun within the confines of the inner solar system.

Sometimes, a rogue NEO will cross the Earth’s orbit directly and hit the planet.

In this case, NASA’s Jet Propulsion Laboratory (JPL) in California determined the risk of QU4 crossing paths with Earth.

Based on data published by the JPL’s Centre for NEO Studies (CNEOS), the asteroid measures somewhere between 95ft and 210ft (29m and 64m) across.

At the upper end of that estimate, the asteroid is almost as wide as the wingspan of a Boeing 747 aeroplane.

At the lower end of NASA’s estimate, the asteroid is about three times longer than a London double-decker bus.

READ MORE: How often do asteroids hit Earth? What is the danger

See also  Sled dogs have helped humans in Arctic for at least 9,500 years

Objects smaller than QU4 have been known to hit the Earth in the past, causing significant chaos and disruptions.

When a 65.6ft-wide (20m) asteroid exploded over Russia’s Chelyabinsk Oblast in 2013, the shockwave injured more than 1,000 people with shards of broken window glass.

So, what is the risk of Asteroid QU4 repeating the incident later tonight?

READ MORE: There is a slim chance a 2,700 MEGATON asteroid might hit Earth this October

Thankfully, NASA expects the asteroid to give the Earth a wide berth.

NASA said: “As they orbit the Sun, Near-Earth Objects can occasionally approach close to Earth.

“Note that a ‘close’ passage astronomically can be very far away in human terms: millions or even tens of millions of kilometres.”

A single astronomical unit is the distance from Earth to the Sun or about 93 million miles (149.6 million km). 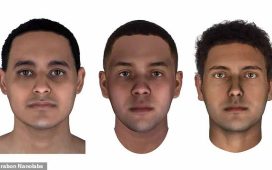 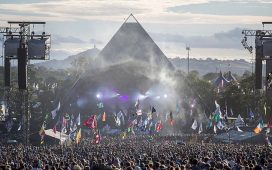 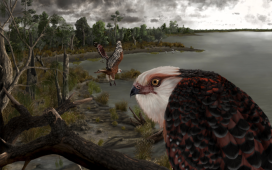