The speedy asteroid, dubbed by NASA asteroid 2010 CO1, is headed towards Earth on a “Close Approach” trajectory. The asteroid has also been called “Potentially Hazardous” and can cause widespread damage if it strikes a populated area. NASA’s asteroid-tracking systems expect the space rock to appear close to our home planet on Saturday, September 14. The asteroid’s closest approach will occur around 4.42am BST (3.42am UTC).

The asteroids also have to approach the Earth close enough to spark interest from NASA’s trackers.

The US space agency said: “A relatively small number of near-Earth objects pass close enough to Earth and are large enough in size to warrant close observation.

“That’s because the gravitational tug of the planets could, over time, cause an object’s orbital path to evolve into an Earth-crossing orbit.”

READ MORE: How often do asteroids hit Earth? What is the risk of impact?

These parameters, NASA said, allow for the possibility of a catastrophic impact at a future date.

And in this particular case, Asteroid CO1 fits the description.

At 393.7ft, the asteroid is almost as tall as the Great Pyramid of Giza in Egypt.

At the upper end of NASA’s estimate, the asteroid is comparable in size to 30 London double-decker buses lined up in a row.

But just how close will the asteroid come to Earth on Saturday?

Thankfully, NASA’s orbital projections show the asteroid will miss us by 0.03561 astronomical units.

A single asteroid unit equals the distance from the Earth to the Sun – about 93 million miles (149.6 million km).

In other words, the asteroid will shoot by from a safe distance of 3.3 million miles (5.3 million km).

The distance is almost 14 times as far as the Moon is.

Once it flies by, NASA said the space rock will approach Earth again on September 16, 2020.

Human populations in India SURVIVED the Toba 'super-eruption' 74,000 years ago 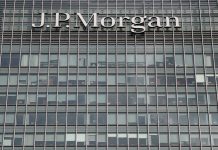