The government has dumped Brexit from its ‘Festival of Brexit’.

The £120 million event, promised by Theresa May in 2018, was intended to be a showcase of British achievements in art, culture and technology to coincide with Britain leaving the EU.

But the bash has been rebranded – with the word Brexit nowhere to be found in newly published details.

Instead, Culture Secretary Nadine Dorries announced it would be named “Unboxed: Creativity in the UK” – and will bring together “some of the UK’s brightest talents in science, technology, engineering, arts and maths to work on jaw-dropping projects.”

It follows on from the famous 1951 Festival of Britain, which was itself held to mark 100 years since the Great Exhibition.

But Number 10 insisted erasing Brexit from the Festival was always the plan.

The Prime Minister’s official spokesman said: “It was always the intention to have a new name for this festival.

“It’s about unboxing the creativity of the United Kingdom.”

But Brexiteers are unimpressed at the change – with Tory MP Craig Mackinlay saying the rebrand made the event “meaningless”.

He told the Telegraph: “What could have been a great celebration of global Britain post-Brexit has now been Whitehall sanitised down into something anodyne and meaningless – it is a great opportunity missed.”

And fellow Tory David Jones added: “Brexit is the rebirth of the UK as an independent nation. It is something that we should be celebrating and this is a huge opportunity to do so.

“I very much hope that reference to Brexit will be made in future. A lot of colleagues will wish to take this up with new Culture Secretary Nadine Dorries.”

Boris Johnson said: “From the Commonwealth Games in Birmingham to the Queen’s Platinum Jubilee, 2022 is going to be a year of celebrating the UK at its best.

“And today, we are launching our fantastic new festival – Unboxed: Creativity in the UK.

“A celebration of UK ingenuity, energy, innovation, optimism and all-round creative genius, it will be unlike anything else that has been seen before.

“Light shows, sculpture trails and a festival of ideas are just some of the spectacular events that will take place in locations across the UK – alongside work and experiences you can interact with digitally.”

Theresa May unveils £120million Festival of Brexit Britain and and is immediately, mercilessly mocked

Ms Dorries added: “Next year we will celebrate creativity in all four corners of the UK in what is set to be a huge year for the nation. Everyone should have the opportunity to experience world-leading arts and culture no matter what their background or where they’re from – and that’s what Unboxed is all about.

In 2022 we’re also preparing to host the Commonwealth Games in Birmingham and mark Her Majesty The Queen’s Platinum Jubilee. Together, these events will be at the heart of a year of celebration that will showcase the best of the UK to the world.

Launching the project in 1997, Mrs May boasted: “Almost 70 years ago the Festival of Britain stood as a symbol of change. Britain once again stands on the cusp of a new future as an outward facing global trading nation.

“And, just as millions of Britons celebrated their nation’s great achievements in 1951, we want to showcase what makes our country great today.”

Sajid Javid refuses to trigger Covid Plan B despite warning cases could hit 100,000 a day 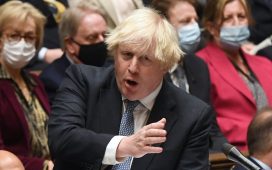 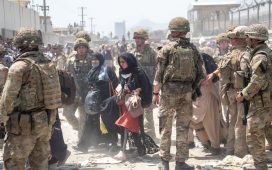 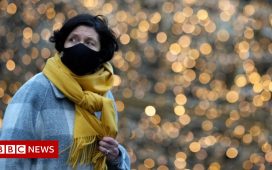 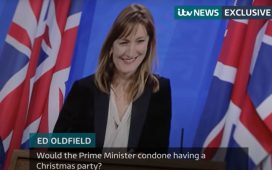 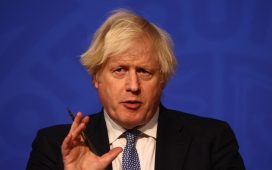