A UKRAINIAN interpreter has been found dead with her hands cuffed behind her back and a plastic bag over her head at her apartment in Turkey.

Kristina Novitskaya, 30, was discovered in her home at the Bodrum resort on Saturday having died a few days earlier.

Mystery surrounds Ms Novitskaya’s death as her apartment appeared to be locked from the inside with all of the windows secured.

Local police have suggested that the main line of inquiry is suicide, Turkish reports say.

However, the 30-year-old’s friends fear that police may be covering up “for someone important”.

“We do not believe that she committed suicide,” a friend told a media outlet in Kyiv, Ukraine.

Ms Novitskaya’s body was discovered on Saturday after her family called police having failed to reach her for several days.

According to Turkish police, there was no trace of a fight and the key for the home was found in the keyhole.

Friends say that their “life-loving” and “cheerful” pal was “secretive” about her private life in Turkey, where she lived.

Ms Novitskaya spoke Turkish fluently and worked as a professional interpreter and a dance instructor.

Reports say Turkish police believe she had become depressed at the lack of work due to the pandemic.

The precise cause of death has not been revealed.

The 30-year-old’s body has been sent to the Institute of Forensic Medicine for an autopsy.

READ  Bride, 29, spent her wedding night on drip after ‘salmonella outbreak’ struck down her guests at Thomas Cook hotel in Cuba

“She was an incredibly kind, open-hearted, sweet person who would never get into a conflict and always helped others,” said a friend from her student days.

“She was quite secretive about her private life. Everyone who knew Kristina is deeply shocked. We do not believe that she committed suicide.”

Another friend said: “True she didn’t post about her love life on social media, but she was always so open, so full of life and happy.”

Her friends dismissed the police reports as “strange” and hinted at an elite associate in Turkey but gave no further details.

“This is a strange version indeed,” said one friend.

‘PRISONER OF THE DARKNESS’

Woman goes blind and her skin ROTS OFF after allergic reaction

“I think they are trying to cover up for someone important.”

Turkish police reported that CCTV cameras showed nobody had visited the home since a food delivery on December 31.

The investigation is still ongoing. 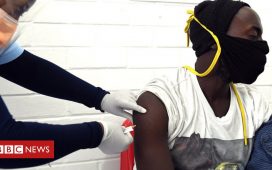 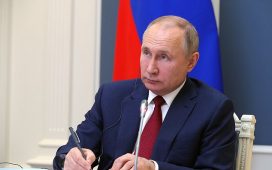