When it comes to naming children, some parents like to have a theme or pattern for their little ones.

The names might all begin with the same letter, or all be linked by a topic – such as flowers or colours.

But giving your children the exact same name? This is a pretty unusual step.

In a post on the Am I The A**hole forum, the anonymous 19-year-old shares a fake name as an example, calling herself ‘Charlotte’ for the sake of the post.

She tells how her dad and step mum, who she has dubbed Rachel, have been together for four years and married after a year of dating.

Charlotte says she “doesn’t mind” her step mum, but says she can be “very stubborn” and has a “my way or the highway mindset”.

When her step mum was younger she had a two-year-old sister that was also named ‘Charlotte’, who sadly died in a tragic accident.

Now, expecting her first child, the step mum wants to honour her lost sibling – but this would mean both the dad’s children would have the same name.

Charlotte writes: “Rachel is currently around seven months pregnant with a baby girl and I found out last night that Rachel wants to name her baby Charlotte after her little sister who died.

“I was pretty shocked to hear this because that would mean my Dad would literally have two daughters called Charlotte and my half-sister and I would have to share the exact same name. I admitted to Rachel and my Dad that I was fairly upset by the idea and it didn’t sit right with me.

“Rachel got defensive and said I didn’t own the name Charlotte and while I agree, I still think it’s inconsiderate to both me and my future baby sister to make us share a first name.

“On top of that, it could potentially cause confusion in the future that would impact both of us as well as the rest of the family. I even suggested that maybe Charlotte could be the babies middle name instead but Rachel shut that idea down.”

She goes on to say that they had a pretty big argument and she was not the “most level headed” but neither was Rachel.

“I think at the end of it I stormed away and called her crazy and she called me entitled,” she admits.

“I’ve spoken to my Dad privately and truthfully he’s pretty unhappy with the idea of having two daughters called Charlotte. However, he doesn’t want to argue about it and he doesn’t want to spoil what should be a happy time in their lives.

“He begged me to just accept it and move on.”

However, Charlotte thinks it’s unreasonable to make siblings share a first name and is refusing to budge, so she’s asked fellow Reddit users if she’s in the wrong.

Over 1,300 people responded to the teenager’s post, with many taking her side.

One person said: “Your stepmom is being ridiculous. She is so set on her needs that she won’t even consider how awkward this would be for her own daughter. Your father is also being ridiculous. Both parents need to agree on the name and he’d rather you back down than do the right thing for BOTH of his daughters. NTA.”

Another wrote: “I’m usually pretty firm in the ‘Nobody owns a name’ camp but this post is a definite exception. That poor baby. I grew up as the youngest sibling and I spent my entire childhood being constantly compared to my brothers and sisters. Imagine actually having the same name as one.”

A third added: “I can’t believe with millions of names you gonna name your two kids the f***ing same name. I don’t even need to read OP’s story lmao. NTA coz there is not a single excuse.” 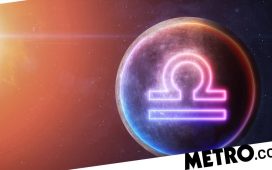 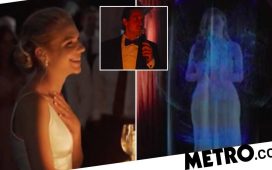 Claudia Roden: ‘What do I want from life now? Having people around my table’

John Cooper Clarke: ‘I draw the line at flapjack, falafel and tripe’ 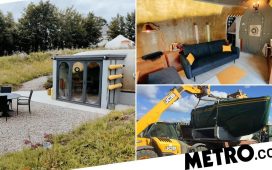 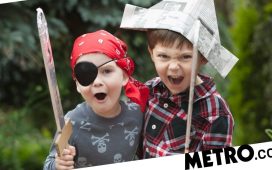 Talk Like A Pirate Day: quotes, phrases and jokes to shiver your timbers