NEWSCABAL > lifestyle > My soulmate married someone else. Am I wasting my life waiting for him?
lifestyle

My soulmate married someone else. Am I wasting my life waiting for him?


I live with a man I don’t love. But I once loved a man I met at university. We had a few nice holidays together and cosy meals out. He always paid for everything, which made me feel special. I imagined that I was his soulmate, but he wasn’t one to express his feelings, and my countless cards declaring mine were seldom reciprocated.

We parted, and he married someone else, which hurt. But I was thrilled when he still wanted to meet occasionally. I convinced myself he had rushed into marriage, in need of children and stability. I had a couple of significant boyfriends, but neither asked me to marry him and children never happened for me.

At first, we continued to meet platonically every year. I sent cards via his work. Then, after 10 years of cards but no meet-ups, he wanted to see me again. We kissed and arranged to take things further. A few Travelodges later, and I knew we were meant to be together.

We hatched a plan where I would accompany him on a sporting trip for a week. I spent long days watching him do his sport or reading: I felt slightly used, but the bliss of having him to myself outweighed my misgivings. I allowed him to take naked photos of me, which his wife later found. I thought at that point he was surely mine. But when he called, it was to say it was over between us.

Since that day, two years ago, I have heard nothing. I can only think it is because of the photos and the embarrassment to him. My friends say I have been used, but I can’t accept it. If I could just turn this around, it could be the difference between a wasted life and a perfect one. What should I do?

Your letter – much edited here – both saddened and infuriated me with its millefeuille of excuses you’ve made for this man. There is a simple truth, which is that if someone really wants to be with you, they will be. No distance, or person, or circumstances will stop them. If you could have told yourself this, and believed it, some years ago, you would have spared yourself all this angst.

But we can’t go back, only forward. Please don’t send him any more cards, delete his details from your phone and all other records. Let him go. Look at his actions: they are entirely selfish. Paying for things is not caring deeply for someone; it is being able to afford something and, for a while, he could afford to have you there, as his ego boost. And then his wife found out.

The only real anger you showed in your letter – and yet you must have so much anger towards him – was directed at his wife, who, let’s be clear, has done absolutely nothing wrong. She hasn’t taken your life away; if anything, you have impinged upon hers.

I consulted psychotherapist Rebecca Harris (psychotherapy.org.uk), who said, “The first thing that struck me was that there was something very passive about [your attitude to] your own life.” She also wondered why you were so caught on this man. “Our choice of partner often tells us a lot about how we see ourselves. What did being in a relationship with him tell you about yourself? Deep down, do you believe you deserve to be treated with so little care? Or are you hooked on the idea of the person you could be, if only he would accept you as his partner. And who is that person?”

Harris said that if you could find the answer to this, “You may be able to understand what is missing from your own real life.” We all have better relationships if we go into them as whole people.

Harris advised you to“focus on what you can control, and change that – instead of focusing on what you can’t control. Could it be that the idea of leaving this man behind scares you because it makes you vulnerable to new hurt? There’s safety in what’s already known.” Would you consider therapy? It would really help you, but I understand it’s not always easy to access.

Talk to the man you live with; find out a bit more about yourself. If you’re frustrated at the lack of communication from your ex-married-lover imagine how your actual partner who you live with feels.

“You still have so much life to live,” said Harris. “And you do have the ability to take control of it and change your future, if you could only stop looking to [this man] for your happiness.” Write that on a card, and send it to yourself.

• Every week Annalisa Barbieri addresses a family-related problem sent in by a reader. If you would like advice from Annalisa on a family matter, please send your problem to ask.annalisa@theguardian.com. Annalisa regrets she cannot enter into personal correspondence. Submissions are subject to our terms and conditions: see gu.com/letters-terms.

Comments on this piece are premoderated to ensure the discussion remains on the topics raised by the article. Please be aware that there may be a short delay in comments appearing on the site. 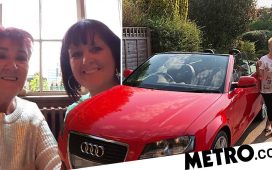 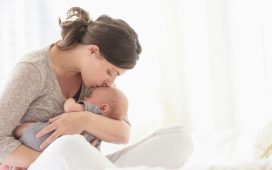 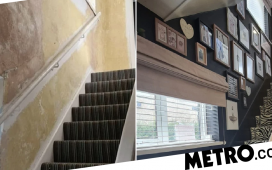 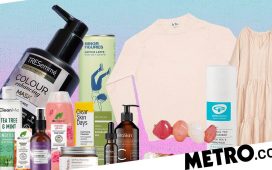