NEWSCABAL > lifestyle > My pickled veg is fizzing – is it OK? | Kitchen aide
lifestyle

My pickled veg is fizzing – is it OK? | Kitchen aide


I pickled some small home-grown cucumbers in spiced and sweetened vinegar, packed tightly into a lidded jar. The liquid leaked out of the jar, it had cloudy patches and it was fizzing. Are my pickles still OK?
Helen, Newent, Gloucestershire

What a, er, pickle. Whether or not these cucumbers should be discarded is hard to say without knowing exactly what went into Helen’s brine, says Rachel de Thample, author of The River Cottage Fermentation Handbook. What we do know, however, is that pickled cucumbers are tricky to get right, so she should cut herself some slack.

“What’s happened is that fermentation has taken place,” De Thample says. “The cucumbers most likely had a high water content and, if they were put into the jar whole, then that water will leak out.” Obviously, gauging how much water is in your cukes is nigh on impossible, so it’s best to salt them the night before. This, De Thample says, draws out excess moisture (you rinse off the salt later) and “helps lower the pH, which creates an environment where the bad bacteria can’t multiply.” For a fermented brine, you normally add 4% salt (that is, 4g salt per 100ml), but, De Thample says, watery veg can dilute this, so try upping it to 8-10%.

Always use sea salt, too, advises Kylee Newton, author of The Modern Preserver, because “some iodised salt can create a cloudy, white residue.” Also check that your brine recipe has a “healthy proportion of 5% high-acid vinegar”, Newton adds, “to make your pickles last longer”, and always leave it to cool before pouring over the cucumbers. Then add spices (mustard seeds, allspice berries, black peppercorns, coriander or dill seeds) and something from the allium family: “Shallots, onions or spring onions, leeks, garlic [cloves bashed or thinly sliced] or wild garlic [when in season] will add a really lovely back note,” De Thample says. And don’t be alarmed if your garlic changes colour: “It sometimes goes a greeny/blue [due to a chemical reaction]; it looks freaky, but it’s fine.”

You don’t want to pack that jar too tightly, either: “The vegetables must be completely submerged under the brine with only a 2mm gap between the brine and lid,” Newton says, “and I use a chopstick to move out any trapped bubbles that might encourage other bacteria in those spaces.” For longer preservation, you’re also going to want to store those cucumbers in the fridge.

There are other ways to ease yourself into pickling, too, Helen, so don’t lose heart. While it’s worth persevering with those homegrown cucumbers, also consider heading to your nearest east European deli come next summer. “A lot of Polish-style pickles use varieties of cucumbers that are drier and have thicker skins,” De Thample says, “and this guarantees success.” Alternatively, make friends with quick pickles: “My grandmother used to cut cucumbers from the garden, add apple cider vinegar and a pinch of salt, and leave them on the table for a couple hours before dinner.” (You might want to sweeten the deal with a little honey, mind).

• Got a culinary dilemma? Email feast@theguardian.com 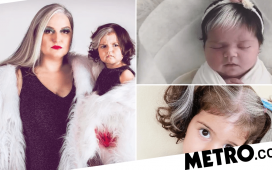 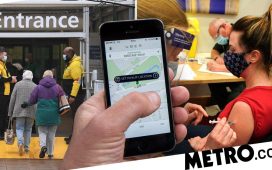