NEWSCABAL
Home » 'My mum really wanted a daughter, so raised me as if I were a girl until I was seven'
lifestyle

An anonymous young man has confessed a massive secret which he claims could “ruin” his life.

The unnamed male, who was in his late 20s at the time of writing, responded to a thread on Reddit’s r/AskReddit forum, which encouraged users to share a “secret that could literally ruin your life if it came out”.

Despite being uploaded to Reddit nine years ago, the thread is still proving immensely popular today and has even recently been discussed by TikTok users, going viral once more.

One of the most popular answers on the thread was from the 20-something-year-old who claimed his mother had really wanted a daughter, so had tried to raise him as a girl instead of a boy.

He says that his mum even managed to convince him and everyone else that he was actually a girl – until an accident at school led to social services getting involved.

The post reads: “Everyone around me already knows that I was brought up by foster families because I had a s**t early childhood. I deliberately keep it vague and say stuff like ‘I’d rather not go into it’.

“The truth is that for the first seven years of my life, I was brought up as a girl by my psycho birth mother who really really really wanted a daughter and didn’t let the snag of giving birth to a boy stop her from trying to raise one.

“She was a pretty successful professional in a legal field and had me via anonymous sperm donor from a fertility clinic. She found out I was a boy at a late ultrasound and then moved across the country. Gave birth to me at home and continued to move about until I was five or so. It was just the two of us all my life, we had contact with other people, of course, but they rarely got very close. I had lots of friends but was always supervised.

“I found out way after that my mother’s strong puritanical Christianity was a lie she used to explain why she was so strict about me being ‘private’ and never letting anyone see me get changed or anything. I just accepted all of this as fact, having never been told anything different.”

He continued to say how he attended a religious school for girls and while he was a bit of a tomboy, no one ever questioned whether or not he was a girl – not even him.

“I knew about men and women but had never really seen much of naked people, my mother never ever spoke to me about it, but I kinda had the impression that when I grew up and got boobs and stuff, my d**k would kinda fall off or something and I would be a woman, and other kids would keep their d**ks and they’d be men. I dunno, to be honest, I never really thought about it.

“Anyway, I carried on with my happy girlhood and had a bunch of friends and everything was great until I was seven and a teacher accidentally spilt a cup of hot coffee over me at school. The liquid soaked through my clothes and was scalding me so the staff immediately stripped me out of my dress and underwear to get the hot coffee away from my skin. And then they found out.”

He claims the police were called and he ended up speaking to social services, as did his mother, but she refused to acknowledge that he was a male and insisted he was “her daughter”.

He adds: “I wasn’t allowed to go back home but got put with a foster family and went through loads of therapy and stuff.

“The worst part was that literally overnight, I lost EVERYTHING. my mother, my home, all my toys, all my clothes, I moved school so lost all my friends, they cut all my hair off and told me I wasn’t a girl anymore. it was really really traumatic.

“In the end, I came out of it with a pretty healthy gender identity (I’m a guy, but not the most butch guy ever, but I’m fine with that), I went through school and got my degree and have a pretty good job and an amazing, supportive wife.

“Everything looks great, but I can never speak about my early childhood, and how I grew up as a little girl.” 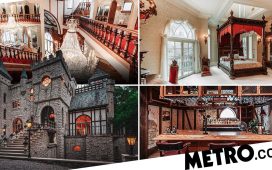 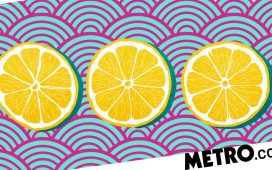 20 unexpected uses for a lemon, from beauty hacks to cleaning tricks