When you work in a team environment, it’s pretty normal for you and your colleagues to chat about your significant others and your family life.

But one man has landed in hot water with his fiancée after he decided to lie to his co-workers for two whole years about the status of his relationship.

Posting on Netmums, the woman explained she first heard her partner refer to her as his ex-girlfriend during a phone call to a colleague about a year ago.

After confronting him about it, the man said it was a “mistake” and insisted it wouldn’t happen again – but she has now found out he’s still doing it and his co-workers all think he’s single.

She wrote: “About a year ago, my other half was on a phone call next to me and referred to me as his ex to a work colleague. I told him that was not okay and I was really hurt. I couldn’t understand why would he hide the fact we are together.

“He told me it was a mistake, apologised and said wouldn’t happen again.

“Fast forward a year and I found out today that for two years that was all he referred to me as, so people at work have now assumed he’s single because he tells everyone I’m his ex.

“I’m so upset, hurt and angry and can’t honestly think of any reason why he would do this apart from bad reasons.”

And when his wife-to-be asked him why he’d been lying about their relationship, the man had a bizarre excuse – and then accused his fiancée of “overreacting”.

She added: “I did ask him, and he said he doesn’t want boss getting in his business. He now thinks I’m overreacting and he’s getting angry at me for being upset.”

Commenters on the post were quick to tell the woman she wasn’t overreacting by being upset, as many of them told her to think “long and hard” about whether she wants to push forward with her marriage plans.

One person said: “You have every right to feel as you do. If he does want to keep his home life and his work life separate (as some people prefer), then all he has to do is not mention you at all.

“I am wondering whether you need to reflect long and hard on whether you really want to be married to someone who behaves like this.”

While another added: “This is horrendous! He’s already written you off to all his work colleagues and boss. What are they going to say when you get married? What lie is he going to make up? Not a good way to start married life let alone pre-marriage!”

And a third posted: “Dump him. Immediately. The fact that he is then getting angry at you for this and saying you’re overreacting is another major red flag. Dump him now and be grateful you never married him.” 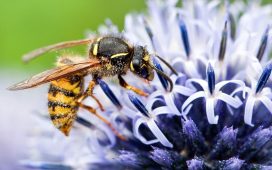 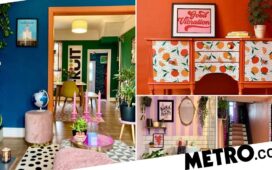