Before this year, I thought that you could be either “pregnant” or “not pregnant”. As it happens, it’s not always that simple. Last August, two weeks after an embryo was transferred to my uterus in the basement of a Harley Street fertility clinic, I held a pregnancy test up to the strong sunlight at my bedroom window. The control line, which indicated whether or not the test was working, was clear and dark pink. The test line, which indicated whether or not I was pregnant, was faint, like a shadow. In some light it was impossible to discern in some light – but standing at the window, there it was: hope.

The embryo had been in a freezer for the best part of the year before it was transferred. It had been created using my egg and my husband’s sperm at our local hospital in east London because, due to illness, conceiving naturally was no longer possible for us. We had commenced treatment after almost a year on an NHS waiting list: I injected myself with hormones and doctors retrieved eggs from my ovaries; they were injected with my husband’s sperm and became embryos. Due to a complication, it wasn’t safe for them to be transferred straight away so they were frozen. On New Year’s Eve 2019, we toasted our three frozen embryos as we looked ahead to 2020: this would be the year I became pregnant, this would be a good year.

In February 2020, the first of the frozen embryos was transferred. My husband was there with me, holding my hand, as the doctor placed it in my uterus. She reeled off instructions afterwards: no sex for seven days, no alcohol, no smoking, do an at-home pregnancy test in 13 days.

The test was negative; the transfer had failed. And in those 13 days, the world had changed. It was clear that coronavirus had spread to Europe. Soon, Downing Street announced that the virus was likely to spread in the UK “in a significant way”. The fertility clinic we were being treated at closed shortly afterwards; staff were deployed to other parts of the hospital as the NHS buckled under the strain of the pandemic. At the end of March, all fertility treatment in NHS and private clinics was cancelled. IVF became just another part of life that would not happen now: no parties, no theatre, no babies that feel like miracles, no leaving the country, no hugs.

To live with infertility – and to undergo fertility treatment – is to live with constant uncertainty. Often, it is unclear why pregnancy doesn’t occur in the first place: “unexplained infertility” is a common diagnosis. As a patient, you offer yourself up in the quest for certainty. You are probed, an ultrasound wand inserted into your body, manoeuvred inside you, as a sonographer counts the little sacs in your ovaries. Blood is drawn and hormone levels are measured. Still, no one can say what you want to hear, no one can say that you will definitely have a baby.

By the summer, fertility clinics were authorised to resume treatment but our clinic remained shut: “I don’t know when it will reopen,” a receptionist told me when I called the hospital switchboard. My husband and I arranged to have both the remaining embryos transferred to a private clinic, at a cost of thousands. I imagined myself with twins, what a handful they would be. On the day of the transfer, the embryologist told me that one of the frozen embryos hadn’t survived the thaw.

The last embryo of the three – transferred in clinic basement as my husband waited on the street because Covid regulations meant he couldn’t come inside – was the one that created that shadow line on a pregnancy test back in August. It nearly made it. It was a sort-of pregnancy; an almost pregnancy; what is known, officially, as a “chemical pregnancy” or “early miscarriage”. By then we knew 2019’s three embryos weren’t going to become our future children.

We moved to Ireland, where I am from, and started a new cycle, at a new clinic. All was going well with the process – until it wasn’t. There will be so many eggs, I was told by a doctor on a Monday. Then, on a Wednesday, I was told that, actually, there will be very few eggs.

It is now the end of the year and the uncertainty is ongoing. I live alongside the unknowing. And after so much uncertainty, I find that I can just about tolerate it. I got good practice this year, we all did – this was the year that certainty evaporated, the word “plan” became more or less meaningless. And without the sturdy reliability of a plan, I had to turn to gratitude instead. Before this year, I thought it was cheesy to be thankful for things that are common or easily won, but when you witness the unravelling of the way life has always been, when you look on as industries and livelihoods are destroyed, when you know families who have been bereaved suddenly, that changes how you see things. Amid so much loss, it becomes clear that you are lucky and it becomes easier to feel grateful.

I still feel anger, despair and, sometimes when I see somebody else’s huge bump, a terrible envy. I still use Google to search for answers to weirdly specific queries, hoping that somebody, somewhere, on some fertility forum, will tell me that it will all work out. I still long for certainty – but, in the absence of it, I get by on hope and gratitude.

• Lynn Enright is a journalist and the author of Vagina: A Re-education 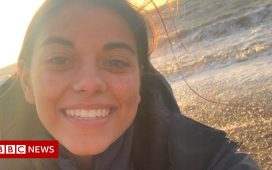 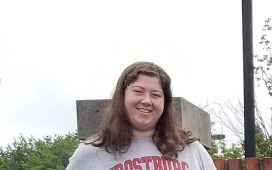 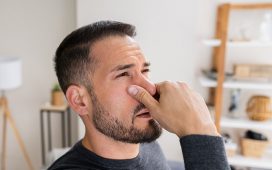 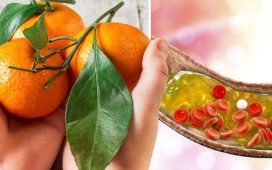 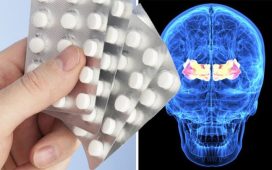 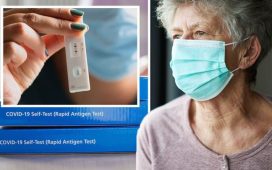