My daughter inspires me to fight stigma around disability


When I heard the words ‘your daughter has cerebral palsy’, my world changed in a heartbeat.

Sitting in the paediatrician’s office and looking at my baby daughter, snug and secure in her car seat, I remember thinking they must have made a mistake and confused her with a different child. She was only 13 months old.

The paediatrician displayed little empathy, and I felt numb. I demanded a second opinion, which I eventually got from a specialist doctor on Harley Street a few months later.

But what little hope I had was crushed when the specialist confirmed the original diagnosis.

I was scared and knew nothing of cerebral palsy, beyond what I’d seen in the papers – people in wheelchairs needing care 24/7. Meanwhile, doctors only confirmed she would be slower than her peers – but not what that really meant.

In that moment, I decided that as her mother I would do whatever it took to ensure my daughter, Dana, wouldn’t become another statistic.

This determination to give her the best life happened at the detriment of everything else – including my own life, wellbeing, and personality.

I became a tyrant, determined to cut through the red tape of bureaucracy when faced with barriers; medical, educational and to access services to assist with her disability. I felt like the underdog.

A calendar in my kitchen outlined her appointments – from general hospital, orthotics, physio, home visit assessments, occupational therapy and hydrotherapy to meetings with her school.

Dana’s personal care and mobility required assistance with everything; dressing, showering, carrying a plate of food, helping her up and down the stairs.

Juggling this with my job was difficult at times, my in-laws would often look after her after school.

One of the hardest parts of having a child with cerebral palsy is when others pigeon-hole her because they don’t understand her disability.

As Dana got older, biased views of cerebral palsy meant teachers would tell her to lower her expectations of going to university. They said she was lucky to be in sixth form at all.

All of these people failed to see my child and instead saw her disability. It hurt deeply.

When Dana started struggling to walk in her early teens and had to use a wheelchair, I felt my heart break – in my head, this signified the end of the road.

Seeing her sit in it, I held back tears while praising her on how great she looked.

Eventually, the overwhelming strain of juggling two very different worlds began to take its toll on me.

To outsiders in the disabled world, I was the mum and carer who would go above and beyond to seek the very best treatment for her daughter. I was the one who raised £75, 000 in six months and flew to America so Dana could have an operation.

In the non-disabled world, I hid behind my professional label and created a persona of confidence, competence, and assertiveness.

In reality, I had been in denial for so many years. I had covered up feelings around my Dana’s disability with ‘getting the job done’, not noticing that I was angry, depressed and lonely.

I often had moments, alone at work or at home, where I would sit and cry, thinking that I couldn’t do this anymore.

Something shifted in me one morning – I didn’t like the person staring back at me in the mirror. My daughter was 12 at the time.

I didn’t want to continue down this path. It wasn’t serving her or me. I knew I had to rediscover myself again, reclaim my personal power as a woman.

The first step was identifying what I enjoyed and what gave me a sense of who I was. To me, this was exercise, going to the gym and running outside.

I am thankful for my very tolerant husband, who was, in his own way, coming to terms with his daughter having a disability. We are fortunate in having a strong marriage, celebrating our 28th wedding anniversary this year.

Our son was born when Dana was seven years old and I was terrified that history would repeat itself. From the moment he was born to his first birthday, I was focused on his every movement.

At 14 months old, on Christmas Day, he took his first steps. I cried with joy.

He had such a caring nature; it has seen our relationship flourish even when my daughter took priority.

Looking back, I am grateful for everything that has challenged me. It has taught me so many wonderful things. It has shown me what disability gives as opposed to what it takes away.

As a society, we need to lift the stigma on disability.

There is an assumption that parents, particularly mothers, have a shield of protection against hurtful comments, being ignored, or excluded.

The truth is that we are vulnerable.

Parents need guidance and help for their own wellbeing, at the point of diagnosis – we should not assume that just because they appear to be coping, they are.

As for Dana, despite being labelled by her disability throughout her schooling, she defied every person who laughed at her hopes and dreams.

She achieved three distinction stars in her sixth form results and is in her final year of studying law at university, living away from home independently.

Dana is a perfect example to disabled and able-bodied people that your limitations are only governed by your beliefs, my husband and I couldn’t be prouder.

MORE: I’ve moved back in with my mum to keep safe from Covid-19 and it’s meant sacrificing my independence

MORE: Lockdown means I can’t be there for my brother, but thankfully his carers are

MORE: Being in a wheelchair doesn’t make me a bad mum

See also  People reflect on the personal wins, milestones, and good things that happened in 2020
Share on FacebookShare on TwitterShare on PinterestShare on Reddit
newscabalSeptember 27, 2020 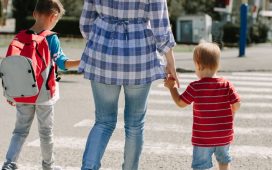 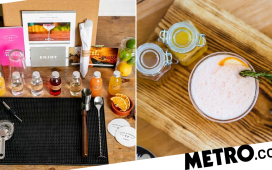 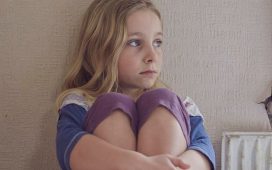 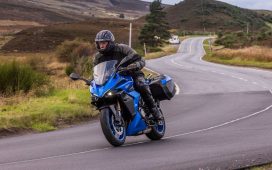