he new variant of coronavirus first detected in the UK has been found in New York for the first time in the latest evidence of the pandemic’s intensification worldwide.

State governor Andrew Cuomo said that a man in his sixties living in a town north of Albany had been found to have the new more transmissible strain even though he has not travelled recently.

Mr Cuomo added that the case — which suggests that community transmission is already occurring — is the only one discovered among 5,000 tests for the strain.

But he warned that it could be a “game-changer” if the variant does start to spread and increase hospitalisations and force the imposition of tighter restrictions in response.

Mr Cuomo’s warning came as he also threatened hospitals in New York with fines and the removal of vaccines if they fail to administer doses they are given within one week.

“I don’t want the vaccine in a fridge or a freezer, I want it in somebody’s arm,” he said after it emerged that only 31 per cent of the doses given to the main public hospital network in the city have so far been given to patients.

Meanwhile, in other developments, France’s health minister has promised an “exponential” acceleration of his country’s coronavirus vaccination process amid a public outcry over its slow pace.

Health minister Olivier Veran defended the strategy of giving the vaccines first to residents of nursing homes, after barely 500 people in France were vaccinated in the first six days.

Elsewhere in Europe, Italy’s cabinet was today reported to be preparing to replace its festive restrictions with a return to a previous three tier system.

It will include the forced closure of all bars and restaurants nationwide this weekend and limitations on travel between cities.

The reopening of high schools, which were due to be operating at 50 per cent capacity from later this week, has also been postponed until Monday, although some regions have decided to maintain closure until the end of this month.

In Germany, tough restrictions enforced over Christmas and New Year are also expected to be extended today.

Further afield, Japan’s leading sumo wrestler Hakuho has tested positive for coronavirus as his country, which is still due to host the Olympic Games this summer, considers whether to impose a state of emergency in Tokyo because of rising infection levels. 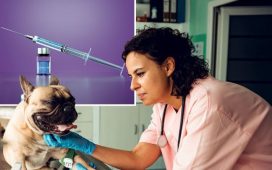 Covid vaccine: Cats and dogs will need to be vaccinated to contain virus, scientists say 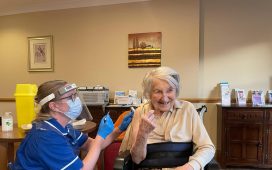 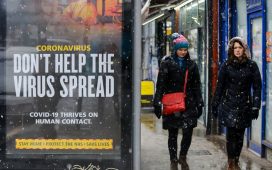 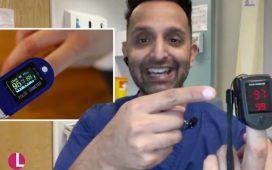 Covid update: Dr Khan reveals the simple monitor you can buy which could save your life 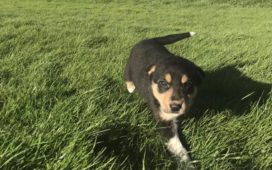 Pet cats and dogs may need their own Covid vaccine, scientists suggest