When Delyth Jones started having stomach pains, she thought she could have appendicitis, but just hours later, she ended up giving birth in the Asda car park where her partner works.

The couple had no idea they were expecting a baby – who they named Harry Robert Alfie Stawman.

Delyth, who works as a home carer for elderly and vulnerable people, started to feel unwell the night before.

Partner Dean Stawman, 26, knew she hadn’t been feeling well but they decided he should go to work as usual at the Asda Pwllheli store on 16 February.

As it got worse, she phoned her mum Andrea and sister Kate, who then called an ambulance.

The 25-year-old said: ‘I’ve had a pain like that before and had been rushed in before, so assumed it was something similar. I phoned my mum and sister thinking it could be back so they came over to help me.

‘When they got there the pain changed and the next thing I knew I was on the floor. Then half an hour later he was born.’

Kate, who also works at the same Asda store on the customer service desk, said: ‘We rushed over to help because she wasn’t feeling well and we thought it was appendicitis.

‘At one point she said, “I think I’m having a baby”, and we laughed. So it was quite a shock when it turned out she was right! She really had no idea she was pregnant. She wasn’t showing and didn’t feel the baby move.’

When paramedics arrived, they realised she was in labour and started driving her to the nearest maternity ward, which was 30 miles away in Bangor.

But as it was clear her baby was going to arrive quickly, they had to pull over in the car park of the store where Dean had just finished his shift.

The community midwife was nearby and was able to help deliver Harry, weighing 7lbs 7oz, 10 minutes later.;

‘The community midwife was around and jumped in the ambulance at Asda and 10 minutes later he was delivered.

‘I said to them, “Tell me I haven’t just given birth in Asda” and they said I had – and that it would be listed as his place of birth on his birth certificate.

‘It must be fate that he was born at Asda with our connections there.’

Her mum waited to meet Dean when he got home to tell him what had happened.

Although shocked, he was excited by the news.

The new mum and baby were taken to hospital to be checked over but were home within 24 hours.

The following day, Dean went into work and the couple decided not to tell them about what had happened just yet.

While a few people had seen the ambulance in the car park, they hadn’t found out what was going on.

But when they heard the news, they were overjoyed.

Now they’re adjusting to being a family of three, and say they have had lots of amazing support.

Delyth said: ‘It’s been such a whirlwind, but it’s been so good and I have absolutely loved it. I wouldn’t change any of it.

‘We knew we were going to have children one day, but hadn’t planned for this.

‘The reactions have been amazing, and I love watching the shock on people’s faces when I tell them. It’s not a story you hear every day, is it?

‘We’ve got a really supportive family, and that makes a huge difference. We had nothing in, so they’ve been rushing around for us. We’re still trying to get some of the things we’ll need, but we’ve got all the essentials now.’


MORE : Mum who didn’t know she was pregnant goes to hospital with back pain and comes out with a baby 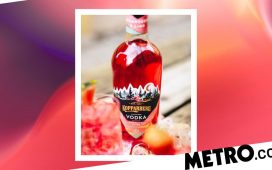 Mike’s, London SE15: ‘This is why we bother to put on pants and go out to eat’ – restaurant review | Grace Dent on restaurants

Sad faces: clowns who perform in conflict zones stuck at home amid Covid 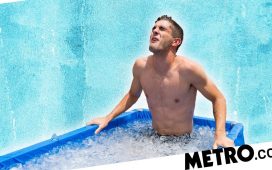 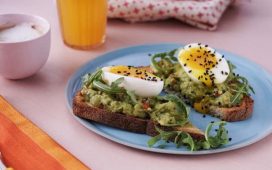