Everyday life with a baby can be exhausting – so anything to make things a little easier goes a long way.

Burping is another important part of a baby’s routine and is essential to get rid of any air that’s been swallowed when they’ve been drinking milk.

But it can sometimes be tricky to get a baby to burp.

Thankfully, a mum on TikTok has shared a simple technique that she says ‘works 99.9% of the time.’

In the clip, which has been viewed more than 2.8 million times, Tay Becker (@taybeckerbeauty) demonstrates her ‘wiggle butt’ method.

Tay explains that it works by using one hand to support the baby’s head and upper back as you hold them tightly against your shoulder. Then the other hand goes in between their legs.

She says: ‘Holding their head, shift their legs back and forth. This is a gentle motion. Do not force their legs to shift or move.’

In the footage, Tay’s baby can then be heard giving out a loud burp.

However, the mum explains that she can’t take credit for this technique.

She adds: ‘I found it on YouTube from a chiropractor when Knox was a newborn and we had a hard time getting him to burp. In our family, we call it the wiggle butt.’

The nifty trick has most definitely got the approval of fellow parents, with more than 530,000 likes and 2,200 comments.

One person replied: ‘I just tried this cause I was already holding my son and he burped super loud.’

While another added: ‘Was feeding my daughter while watching this and it works so well.’

Others have shared how they can’t wait to try the trick for themselves, on their own children.

Someone else commented: ‘Omg I am totally trying this… our newborn won’t burp and all our other kids did just fine, we have been stumped.’


MORE : This simple hack will tell you if you need to replace your pillows


MORE : Easy hacks to clean your BBQ with household products 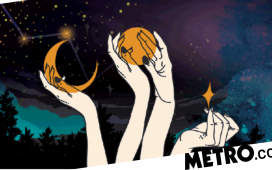 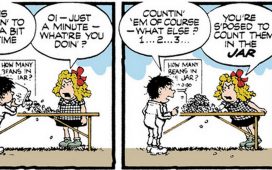 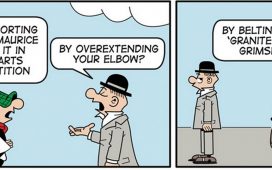