Putting up Christmas decorations is one of the most exciting times of the year, but putting them away afterwards is a job no one wants to be stuck with.

Many of us throw them in box and pack them away to become next year’s problem, leaving us faced with trying to untangle the mess of Christmas lights we left behind.

But one mum has shared an incredibly simple way to keep them stored neatly and ensure they don’t get tangled up – and all you need is an old piece of cardboard.

You can simply tear a section off one of the many boxes which are likely to be sitting in your home after the celebrations and put it to good use.

Sharing the hack on the Extreme Couponing and Bargains UK group on Facebook, she wrote: “Life hack and save you a bit of money! Use leftover cardboard from your Xmas pressies and use them to wrap your Xmas lights.”

The picture shows she had simply cut a small indentation on either end of the cardboard and used them to hold the lights in place as they were wrapped around.

Other members of the group said they did the same thing, suggesting old Christmas cards, Pringles tubes, and even coat hangers could be used instead.

For those wondering when you should be taking down your decorations, it’s tradition to remove them on Twelfth Night which lands on either January 5 or January 6, depending on what you’re celebrating.

READ  A factchecker goes to psychic school: can you predict what happens next?

However, if you take your decorations down before then it’s considered bad luck, and if they remain up after January 6 then according to tradition they should stay out all year.

Until the 19th century, Brits would keep their decorations up until February 2 to mark Candlemas Day, and it’s a tradition still followed by the Queen – so if you feel like leaving them up longer than usual this year, you’re in good company.

It's a wrap: 15 of the best wooly scarves – in pictures 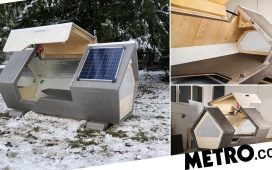 Can you have sex while pregnant? 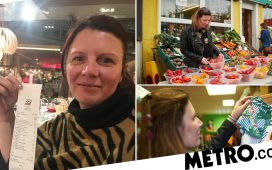 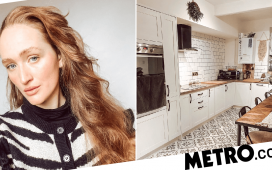