When it comes to parenting, everyone has their own methods – and they can really vary.

From parents who are strict and enforce boundaries from day one to those that claim that having no set rules works for them, there are a number of approaches.

But no matter how you raise your child, most parents have the same objective – to instil their child with a level head and the confidence to make their own good choices.

This is why one mum has been praised after sharing how she teaches her child about autonomy – although she fears it may have upset her in-laws.

Writing on Reddit, she explained how her family visited her husband’s parents for Father’s Day on Sunday, but she ended leaving with a sour taste in her mouth.

She explained: “So today was Father’s Day where we live and we went to visit my in-laws for the day.

“Originally my husband was going to let us (little one, almost-two-year-old daughter and me) take him to breakfast but last minute he decided he wanted to go visit his dad all day.

“The visit was great for the most part. What was really tough was my in-laws and their lack of ability to respect my daughter’s autonomy.

“They know not to force hugs and kisses. I do have to remind them when they try to ask and [my daughter] says no.

“I’ve gotten in the habit of suggesting a high five if my daughter feels comfortable.

“A few times my daughter did not want to sit on father-in-law’s lap. He would place her there and she would say no and want to slide off.

“Mother-in-law would then try to place her back and [she] was clearly uncomfortable.

“I finally said “MIL please don’t force my daughter to do things that she does not want to do. She can say no to sitting on grandpas lap.

“Eyes rolled and husband later told me that I was an a**hole for teaching our daughter to be disrespectful towards her grandparents.”

On Reddit, many people sided with her and praised the mum’s parenting approach.

One commented: “He’s wrong. What you are teaching her is that she has body autonomy. She has the right to say “No” and have that no be respected.

“You’re also teaching your in-laws that just because they want to hug and kiss and have their grandchild on their laps doesn’t mean they will get their way.

“It’s a great lesson for everyone. Respect other people’s boundaries.”

Another agreed, writing: “This is such an important lesson for little kids. They sometimes have good instincts about people too, and if they’re taught to ignore those instincts to “be polite”, then it can get them in trouble later in life.”

A third added: “Equating a small child not wanting to be touched in a certain way by someone as “disrespect” is majorly toxic. Your daughter is saying no because she means no… it’s very concerning that your husband doesn’t understand this basic concept.”

Love a fry up? You could get paid £250 to be a builder’s breakfast tester

Is this Switzerland? No, I’m in the Shropshire Hills 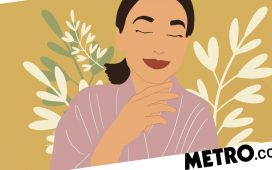 Nigel Slater’s recipes for ice-cream sandwiches, and aubergines with coconut 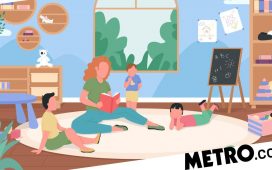 Get to grips with the tax-free childcare scheme and you could save £2,000 per child

How to raise a boy: my mission to bring up a son fit for the 21st century