A MUM-of-two who refused the Covid vaccine over fears of side effects, died after catching the Delta variant.

Tricia Jones, 45, was hesitant about getting the jab after hearing news reports about people suffering rare side effects like blood clots or heart inflammation.

After deciding to wait to get the jab, the Missouri mum contracted the Delta variant in the spring, and never recovered.

According to FOX 4 reports, Jones was hospitalised and placed on a mechanical ventilator within a month of contracting the virus.

She passed away soon after.

Jones’ family is now urging the public to get vaccinated, to minimise their risk of falling ill with Covid-19 like she did.

The news of Jones’ death follows on the heels of reports that the highly transmissible delta variant is now the dominant strain of the coronavirus in the United States.

The strain now makes up 51.7 per cent of all new infections, according to reports from the Centers for Disease Control and Prevention.

Deborah Carmichael, Jones’ mother, told FOX 4 that she had received her Covid-19 vaccine in the spring, shortly after it became available to her.

However, her daughter was undecided and nervous about side effects, so wanted to wait.

‘You hear a lot of horror stories,” Carmichael said.

“When I had the shot, it was rough, so it scared her and freaked her out. So she didn’t want to do it. I couldn’t convince her.’

So far in the UK more than 45 million Brits have had a first dose, with more than 33 million also having had a second.

Very few recipients of the vaccine experienced serious side effects.

Jones’ son contracted Covid-19 at his middle school back in April.

Later, it was discovered that his infection was linked to the Delta variant.

Jones and her husband, Keith, contracted the virus not long after.

The Delta variant, which was also known as B.1.617.2, has been labelled as a “double mutant” by India’s Health Ministry, because it carries two mutations: L452R and E484Q.

The former is  the same mutation identified in the California homegrown variant, while E484Q is similar to the mutation seen in the Brazilian and South African variants.

Delta’s biological advantage of being able to spread faster than any other variant allowed it to become rampant.

The strain, which was first identified in India, makes up almost every new Covid case in the UK (95 per cent).

Carmichael said after her daughter contracted the virus, she said: “Mom you were right, about the shot, about masks, being diligent and all that”.

She was hospitalized at Research Medical Center in Kansas City in early May and placed on a ventilator on May 13.

On June 9, she passed away.

Her distraught mother said she “never would have thought” she would lose her daughter, at just 45.

Jones’ family was now bidding all Americans to get their vaccine.

“You don’t want to see a family member you love go through this.

“You have a way better chance of coming out OK than if you don’t.” 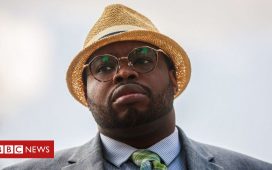 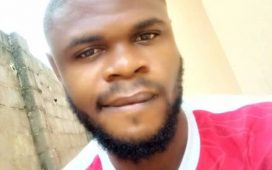 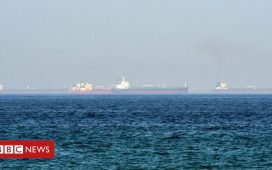 Warning of 'potential hijack' of ship under way off UAE coast 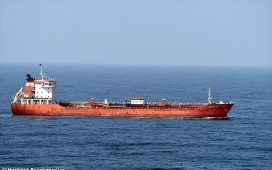