The man was branded “disrespectful”, but others said they’d do the same (

When you welcome a baby into the world, it’s likely you’ll want your loved ones with you to help you through the difficult labour process.

But one mum was left fuming when she brought her boyfriend to the hospital with her – as he had packed his Xbox and some video games to play on the TV in her room.

Taking to their joint TikTok account Anxiety Couple, @anxietycouple, the mum shared a video of herself in her hospital bed, before showing her partner – who is now her fiancé – stood next to the TV with an Xbox controller in his hand.

In the video, the mum said: “So I might go into labour today, and my boyfriend is doing this.

“Babe, why did you bring your Xbox?”

And he replied: “One game I promise.”

The mum was understandably concerned about her partner’s behaviour, and she captioned the clip: “He’s going to miss his son’s birth due to that Xbox.”

The couple’s video has been viewed over 7 million times, and thousands of people have left comments on the clip – with many people calling the dad “disrespectful”.

One person wrote: “I play games and to me, this is just disrespectful, he’s missing memories here should be having.”

While another posted: “I’d be so embarrassed when the doctors came in.”

But other commenters defended his actions, stating they also played video games while waiting for their baby to arrive.

Someone said: “I honestly don’t mind that at all! I told my husband to bring the Nintendo Switch so we can play Mario Kart when I go into labour.”

And another agreed, writing: “We brought the Xbox when I was in with our second one.”

To which a third also wrote: “Honestly I would probably be playing with him if I was in your situation.”

However, the mum later revealed she was just “kidding” with her initial post, and she actually didn’t mind her partner playing games while they waited for her to go into labour.

In fact, she even claims it was her idea to bring the Xbox.

She wrote in a comment: “I’m kidding I had my dad bring it for him he deserved it for always being there with me.” 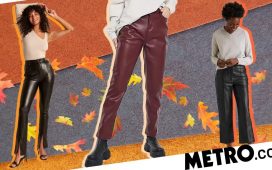 Nine of best leather trousers to invest in this autumn

I am about to get married – but just tried to kiss a colleague. Should I tell my fiance?

A moment that changed me: the first time I foraged in a supermarket bin 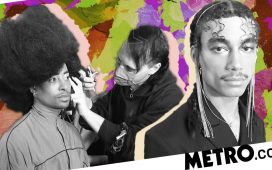 Backstage at London Fashion Week: This is what the makeup artists are using 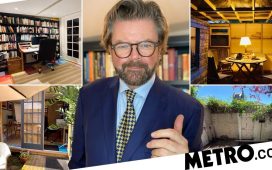 Man with no DIY experience builds luxury office shed in garden for £6,000