NEWSCABAL
Home » Mum, 27, accused of murdering ‘inseparable’ kids, aged 1 and 2, after ‘leaving them to die in 31C hot car’
world


A MUM has been charged with murder after her daughters, aged one and two, were found dead in a hot car in Australia.

Kerri-Ann Conley, 27, will face court after Darcey-Helen and her little sister Chloe-Ann were exposed to “extreme heat” in the car outside a Queensland home.

The devastated father of Darcey-Helen today paid tribute to the little girls, who he described as “inseparable”.

He told The Courier-Mail: “Darcey and Chloe were loved by anyone and everyone who met them. I absolutely adored them both.

“They were just two peas in a pod. They would have been inseparable when they got older.

“Unfortunately we don’t get to see them grow into beautiful young people.”

And he said the girls’ mother “adored” the little girls.

Neighbours also told how the little girls were always outside the home in Logan playing.

But today, devastated locals have been pictured leaving flower tributes and teddy bears outside the scene of the tragedy.

Kerri-Ann Conley will appear at Brisbane Magistrates Court on Monday.

Emergency crews in Queensland had rushed to the home just after 1.30pm local time on Saturday but were tragically unable to save them.

Temperatures in Logan, where the incident unfolded, peaked at 31C just before 2pm.

Detective Inspector Mark White said authorities had been called to the home on Logan Reserve Road in Waterford West to reports the children had been found unresponsive.

He said: “Unfortunately, they were both declared deceased at the scene.

“The two children exhibited evidence of being exposed to extreme heat and that is forming the direction of our investigation.”

He confirmed the parents of the children were now speaking to police.

He added: “It’s a very, very tragic incident that has occurred.”

Who’s leaving dozens of £2k bundles on the streets of a Durham pit village?

Authorities are now working to determine the cause of deaths for the children.

It comes after fears were revealed that Australia was set to be scorched by a “once-in-a-lifetime” heatwave.

The country has also been raged by bushfires as the fire season started early due to an unusually warm and dry winter.

Police statement on the tragic death of two girls, believed to be aged one and two, found dead in car in Queensland, Australia

Boy, 14, charged with murder of Ava White in Liverpool 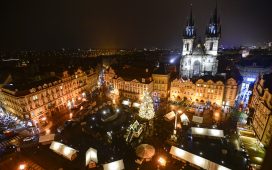 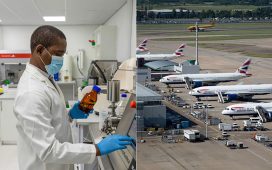 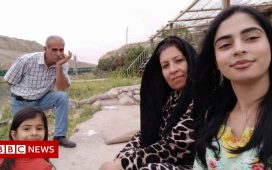