A combination of Brexit, high costs and the end of sales tax refunds for tourists could drive high-end retailers out of central London in the wake of the pandemic, the chief executive of luxury handbag group Mulberry has said.

Thierry Andretta said rents in the UK capital were the highest in Europe and business rates the highest in the world. “How can you ask us to do business in London with these very high costs when you are telling tourists not to come here?” he said.

Footfall in the West End shopping district has fallen by more than half this year, with overseas tourists absent and office staff working from home. Mr Andretta and others believe government plans to scrap the VAT refund scheme that allows non-EU visitors to reclaim UK sales taxes, will slow London’s post-Covid recovery.

“Chinese tourists in particular make these one-week trips that are focused on shopping. They are not here to go to museums and galleries, they are going to Harrods and Bicester Village,” he said.

The Treasury is ending the VAT refund scheme from January, and has forecast this will boost tax revenues by £1.8bn over the next six years. Opponents contend the UK economy will lose out overall with well-heeled tourists more likely to head to Paris, Milan or Barcelona instead.

Retailers such as Mulberry are not paying business rates on their stores, but this year-long holiday is due to end in March next year. The government has said it will consider further reliefs for certain sectors, possibly including retail, but will not announce them until the new year.

READ  Ode to the martini: London’s best spots for the classic cocktail

Mr Andretta said landlords in London had also been less flexible about rents than those in regional cities and overseas capitals. The group pays about £11,000 a day in rent and business rates on its 5,400 square foot flagship store on Bond Street.

Mulberry could also face a 5 per cent increase in costs if the UK leaves the EU without a trade deal, Mr Andretta said.

About 70 per cent of its bags are made in the UK, but many of the materials are imported and would attract tariffs if the UK adopted World Trade Organization terms. “We would try for as long as we can to absorb these duties,” he added.

His comments came as the group reported a 29 per cent fall in sales for the half-year to September, as the pandemic turned many city centres into ghost towns.

The group said it expected disruption to continue for at least the rest of its financial year and warned that tourism, which generates about a tenth of its sales, might not recover until 2022. In the eight weeks since the half ended, sales are down 19 per cent, though growth in Asia has helped offset further lockdowns in Europe.

The group’s half-year loss was lower than last year — £2.3m against £10.1m — because of cost cuts and the government’s job support scheme. There was also strong growth in Asia-Pacific sales and digital revenue rose by almost 70 per cent.

The company, which is 36 per cent owned by Mike Ashley’s Frasers Group, said that its cash position was better than it had initially forecast, with its main lending facility still undrawn. 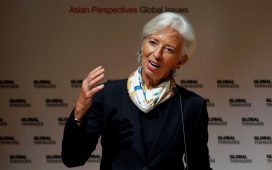 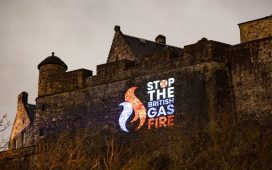 British Gas engineers to burn 'sign or be fired' contracts 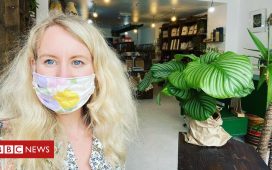 Retail pressure: 'You can see the struggle and strain' 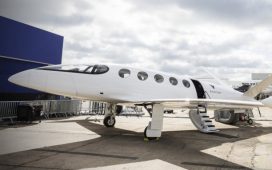 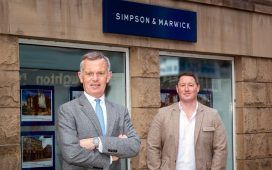