It is being billed as the ultimate food fight and could get nasty: Colin the Caterpillar is going to war with lookalike larva cake Cuthbert.

On Thursday Marks & Spencer said it had begun legal action against Aldi to “protect” Colin from the discount grocer’s rival chocolate sponge roll Cuthbert which, for a smaller fee, has been masquerading as Colin at birthday parties and on picnics.

With their hard chocolate shells decorated with sweeties and white chocolate grinning faces, it is difficult to tell Colin and Cuthbert apart – until you have had a bite, anyway. M&S argues the similarities mean consumers think they are of the same standard, enabling its cheaper rival – Cuthbert costs £5 and Colin’s £7 – to “ride on the coat-tails” of the company’s reputation for high-quality food.

Colin the Caterpillar made his debut in 1990 and, with more than 15m cake sales under his belt has, like Rihanna, become known to fans by just his first name. He is also known for his philanthropy, thanks to a tie-up with the cancer charity Macmillan.

His fame has led to a number of brand extensions, including his girlfriend (cake) Connie and most recently his branded cake jars, which caused a storm on social media. One wag suggested the pots represented the “rather gross metamorphosis stage between Colin the Caterpillar and Colin the Beautiful Butterfly”.

M&S, which has lodged an intellectual property claim with the high court this week, has three trademarks relating to its caterpillar cake, including the words “Colin the Caterpillar” and the packaging. It wants Aldi to remove Cuthbert from its shelves and agree not to sell anything similar in the future.

There have been a number of similar disputes in recent years, including a 2018 row when Hotel Chocolat accused Waitrose of plagiarism. It is not the first time copycat claims have been levelled at Aldi. In 2019, the chain delisted its Moo gourmet yoghurt after the co-founder of Collective, Amelia Harvey, claimed the products looked too similar to the brand’s own. It had a similar row with the sausage brand Heck.

In a statement, M&S said: “Love and care goes into every product on our shelves. So we want to protect Colin, Connie and our reputation for freshness, quality, innovation and value.” Aldi declined to comment.

Mark Caddle, a partner at the intellectual property firm, Withers & Rogers, described the case as the “battle of the caterpillars”. “Colin the Caterpillar has been very popular in the UK market, which could aid M&S’ case,” Caddle said. “The high court’s decision will rest on whether it thinks Aldi is seeking to benefit commercially by bringing a confusingly similar product to market.”

Inside out: how to enjoy alfresco living in style this summer 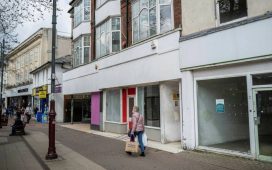