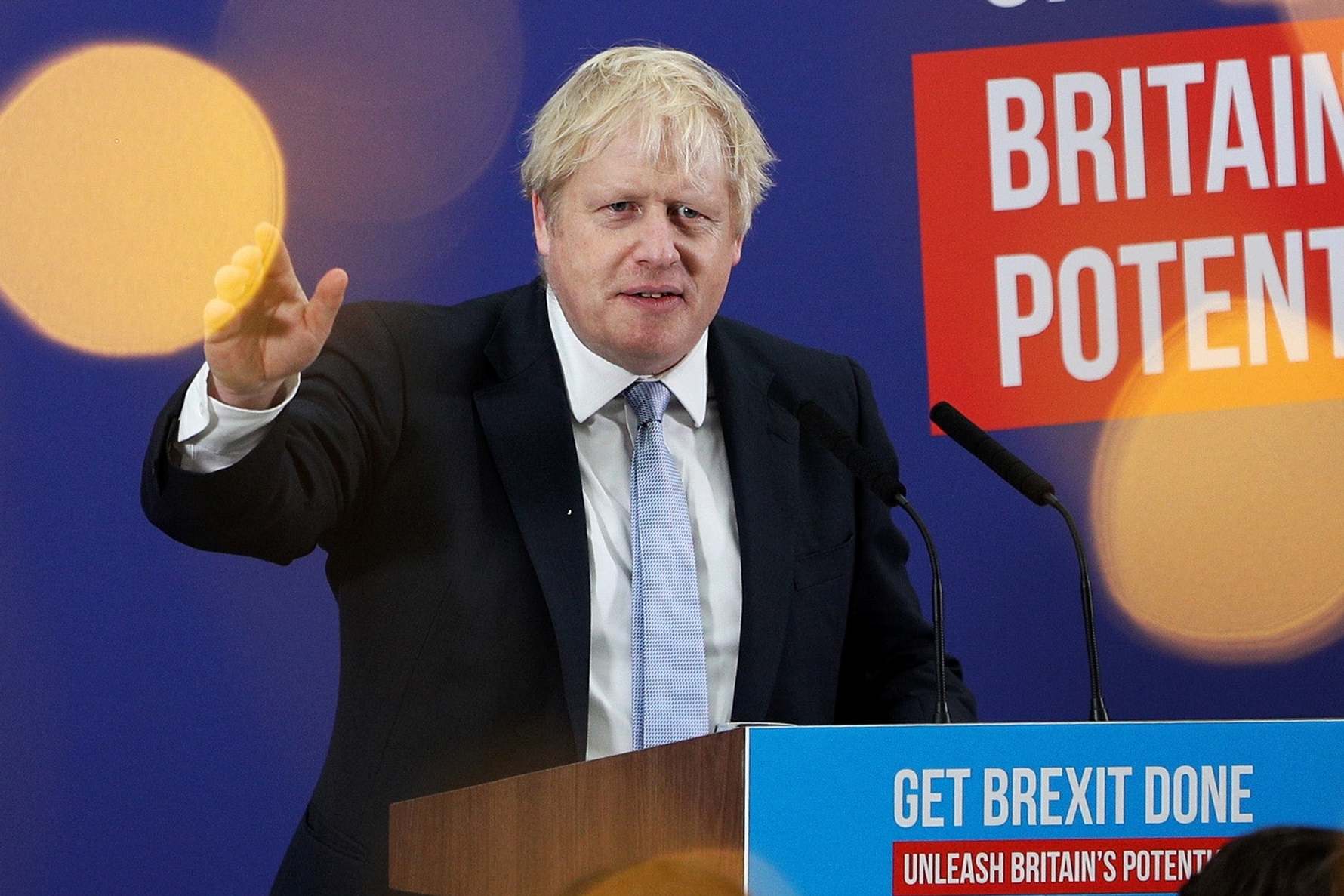 Boris Johnson and the Tories will win the General Election with 359 seats, according to a major new poll that accurately predicted a hung parliament in 2017.

Major gains for the Tories would be seen in the Midlands and North of England, the poll suggested.

It comes after another MRP poll, commissioned by the Best for Britain pro-EU campaign group, showed the Tories could end up with a majority of 82 on December 12.

The YouGov research for The Times surveyed around 100,000 people and showed Labour could win 211 seats, the SNP 43 and the Lib Dems 13 if the election were held today.

According to the  latest poll, the election will see Labour suffering its second-worst postwar defeat.

The result would be a huge victory for Mr Johnson and would allow him to implement his Brexit deal.

Despite the polls consistently giving a clear lead to the Tories, he said there was “a very real possibility” of another hung parliament.

He said that voting for Nigel Farage’s Brexit Party in key Conservative target seats in the Midlands and the North of England risked handing victory to Labour.

Writing on his blog, Mr Cummings – who is credited with masterminding the successful Vote Leave campaign in the 2016 referendum – said if there is no Tory majority, the other parties would combine to stop Britain leaving the EU.

He said Labour and the SNP would combine to “cheat” a second referendum by giving the vote to EU nationals in order to secure a Remain vote.

“You will see many polls in the coming days. Some will say Boris will win,” he wrote.

“Trust me, as someone who has worked on lots of campaigns, things are MUCH tighter than they seem and there is a very real possibility of a hung parliament.

“Without a majority, the nightmare continues. ALL other MPs will gang together to stop Brexit and give EU citizens the vote. It’s that simple.”

Mr Cummings said it was “overwhelmingly likely” a vote for the Brexit Party (BP) in key marginals the Conservatives are seeking to take from Labour would effectively be “a vote for Corbyn-Sturgeon”.

“If Leave supporters vote for the BP, then many of these seats will go to Corbyn, maybe by just a few hundred votes,” he said.

According to the latest poll, the Lib Dems are currently on course to see their number of MPs increase by just one from 12 to 13, picking up four new seats while losing out in three they currently hold.

The SNP are set to secure a further eight seats, although crucially for the Tories’ chance of securing their majority, only two come from Mr Johnson’s party (Stirling, and East Renfrewshire).

By contrast, Labour are set to lose five seats to the SNP, with the Lib Dems losing one in Scotland, the figures show.

The Greens will still have one seat, while Plaid Cymru hold four, according to the data.

MRP is a recently developed technique that aims to give a more detailed prediction than a standard opinion poll.

In 2017, YouGov’s MRP poll predicted that Theresa May would lose her majority, at a time every other poll was suggesting her Conservatives would secure a win.

Chris Curtis, political research manager for the pollster, said of the latest result: “YouGov’s official election MRP model currently shows the Tories with a comfortable majority with almost all of those coming at the expense of Labour in the North and Midlands.

“As expected, the key thing deciding the extent to which each of these seats is moving against Labour are how that seat voted in the European Union referendum. In the seats that voted most strongly to Leave in 2016 (60 per cent or more in favour of departing the EU), the swing to the Conservatives is over 6 per cent.

“This is allowing the Tories to overturn quite substantial majorities in places like West Bromwich East, the seat held until recently by Tom Watson, and Don Valley, the seat currently held by Caroline Flint.

“The only silver lining for Labour is that there are still 30 seats where it is currently 5 per cent or less behind the Tories. If it can manage to squeeze the gap over the coming fortnight it may be able to paste over the cracks in their so-called Red Wall. But with just two weeks to go, time is running out for Labour.”