A £355m government-funded support service set up to help British businesses deal with border issues thrown up by new post-Brexit trading arrangements for Northern Ireland is “simply not good enough”, MPs were warned on Wednesday.

Northern Irish trade group representatives complained that the Trader Support Service, a consortium led by IT company Fujitsu, was failing to deliver on its promises and was taking several hours to process some paperwork having initially promised customs declarations could be completed in 30 seconds.

Seamus Leheny, Belfast-based policy manager of Logistics UK, said his members had complained of a shortage of TSS staff to answer queries from businesses wrestling with the new bureaucracy created by the Northern Ireland protocol, part of the 2019 Brexit Withdrawal treaty that sealed the UK’s departure from the EU. The agreement leaves the region following EU customs rules even though it remains legally inside UK customs territory.

“There’s people ringing the call centre looking for help and assistance and the phone is ringing off hook. It seems like they have been overwhelmed,” Mr Leheny told parliament’s Northern Ireland Affairs select committee.

A UK government spokesperson played down the complaint from Mr Leheny that calls were going unanswered.

“Over the weekend, there were an average of 88 TSS customs agents managing the phone at any one time. Every call was answered and the majority within 30 seconds,” the spokesperson said.

On the claim that customs declarations were not being processed quickly enough, the government added: “Where the correct data is supplied, over 99 per cent of TSS processed declarations are completed within 15 minutes.”

The TSS was announced in August as a part of a major concession to British hauliers and industry to ensure that goods would flow freely into Northern Ireland when the Irish Protocol came into force at the end of Britain’s Brexit transition period on January 1.

Under the terms of the protocol all goods entering Northern Ireland must comply with EU customs rules, which require businesses to complete import declarations, customs forms and — after a grace period — complex paperwork to certify the safety of plant and animal products.

Aodhán Connolly, the director of Northern Ireland Retail Consortium, said that teething troubles had been exacerbated by the government’s failure to communicate with business the scale of the changes that were coming.

Video: Brexit deal explained: what the UK and EU agreed

He added the government needed to “shout from the rooftops” about the border changes in order to take maximum advantage of several grace periods negotiated by the government for the introduction of the new rules.

However on the first day of the protocol coming into force, Brandon Lewis, the Northern Ireland secretary, tweeted: “There is no ‘Irish Sea Border’.” frustrating business groups trying to warn companies to prepare.

“There’s a need for an experienced, informed advice line, because what there is now — the TSS — is simply not good enough,” Mr Connolly added.

The complaints about the TSS emerged as British and Irish businesses experienced a range of teething problems in trading with both Northern Ireland and the Republic as they grappled with the new rules.

Rod McKenzie, managing director for policy and public affairs at the Road Haulage Association, which represents truck operators, said the organisation also had “significant worries” about the flow of goods between the north and south of Ireland.

One person familiar with the situation said a fifth of lorries arriving at Holyhead were being turned back because they had not filed online declarations, with most returning when they were filled in.

Alistair Eagles, chief executive of Seatruck, which runs ferries to Dublin and Warrenpoint in Northern Ireland, said that many hauliers were still grappling with the system.

“There are no queues at ports because the trailers are not arriving,” said Mr Eagles. “They are at the warehouse or manufacturing site because they know they will be turned away.”

Greene King to rename pubs over ‘links to racism’ 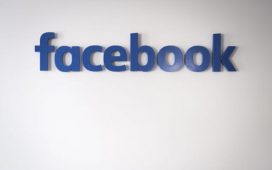 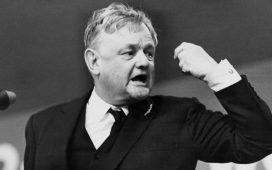 How Britain’s democracy is being undermined

'Stressed' millennials are setting the agenda at work