Boris Johnson’s Brexit trade deal with Brussels has been voted through by the House of Commons as the government attempts to rush through complex legislation in just 14 hours.

The prime minister described the historic deal as “not a rupture but a resolution”, before MPs voted through the European Union (future relationship) bill by 521 votes to 73 – a majority of 448.

It meant the bill could continue to the House of Lords and is expected to be given royal assent shortly before midnight.

Parliament was recalled for an emergency one-day session to approve the EU-UK trade and co-operation agreement, concluded by Johnson and the European commission president, Ursula von der Leyen, on Christmas Eve.

Conservative, Labour and the Scottish National party MPs criticised the government for allowing for so little time for parliamentary scrutiny of the bill.

Johnson opened the debate on the UK’s post-Brexit trade deal with the EU shortly after 10am on Wednesday.

Johnson’s deal passed with ease with Labour’s support though the Liberal Democrats, the SNP and the Democratic Unionist party (DUP) voted against it.

The prime minister told MPs the deal would redefine the UK’s relationship with the EU. “We now seize this moment to forge a fantastic new relationship with our European neighbours, based on free trade and friendly cooperation,” he said.

“We have done this in less than a year, in the teeth of a pandemic, and we have pressed ahead with this task, resisting all calls for delay, precisely because creating certainty about our future provides the best chance of beating Covid and bouncing back even more strongly next year.”

Labour failed to amend the bill, which will bring the trade deal into force from 11pm on 31 December, to include additional protections for workers’ rights and environmental standards and support for business preparedness.

The Labour leader, Keir Starmer, described the deal as “thin”, but said Labour would back it because the alternative would be devastating for the UK.

“It’s often said there’s nothing simple about Brexit, but the choice before the house today is perfectly simple,” he said. “Do we implement the treaty that has been agreed with the EU or do we not?

“That is the choice. If we choose not to, the outcome is clear. We leave the transition period without a deal, without a deal on security, on trade, on fisheries, without protection for our manufacturing sector, for farming, for countless British businesses and without a foothold to build a future relationship with the EU.

Starmer said he would have negotiated a better deal than Johnson. “When the default is no-deal it’s not a mark of how pro-European you are to reject implementing this treaty,” he said.

“It isn’t in the national interest to duck a question or to hide in the knowledge that others will save you from the consequences of your own vote.

“This is a simple vote with a simple choice: do we leave the transition period with the treaty negotiated with the EU or do we leave with no deal? And so Labour will vote to implement this treaty today to avoid no deal.”

The trade and cooperation agreement with the EU runs to more than 1,200 pages. The bill is 80 pages.

The Hansard Society, the leading procedural thinktank, published a blog by its senior researcher, Brigid Fowler, describing the process as a farce.

The Conservative former Brexit secretary David Davis was among a number of Conservative MPs who said the agreement left “issues to deal with” including Northern Ireland, fishing and Gibraltar.

He told the Commons: “It’s not over. All will lead to uncomfortable decisions in the near future.”

Davis said one day was not enough time to deal with a 1,200-page treaty and further time must be given to it to enable the UK to develop its strategy.

“The EU will use the treaty to its own advantage … We have to come back to this treaty and look at it in detail at all 1,200 pages so we don’t get into conflict, don’t fall into traps, don’t get into acrimonious disputes with them [the EU],” he said.

The Conservative former Northern Ireland secretary Owen Paterson said he was “very torn” over the deal and would be abstaining because the province was divided from the rest of Great Britain.

“I’d love to vote for this today but I really can’t vote for a measure which actually divides the UK as a different regime on tax as part of the customs union that’ll be under the ECJ, single market etc,” he said. 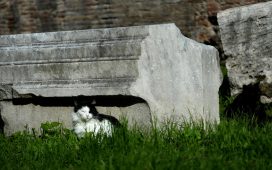