MPs given updated advice on how to behave


With tensions riding high in Parliament, Speaker John Bercow has set MPs some holiday reading – posting out an updated version of the Rules of behaviour and courtesies for the House of Commons.

Offering a “gentle reminder” to longer-serving MPs and “a useful guide” for those early in their parliamentary career, the guidance has been released by successive Speakers since at least 2001, with the aim helping ensure civil debate that allows all MPs to participate and be heard with respect.

Bringing together longstanding rules and conventions, while updating procedures to reflect evolving practice, the 18 page leaflet – accompanied by a handy “quick guide” (perhaps for MPs to memorise ahead of a quiz on the first day back?) – ranges widely from rules for taking part in debate to the use of electronic devices.

Is calling someone stupid allowed?

When the Speaker sent out the guide, he probably didn’t expect it to be referenced during the last Prime Minister’s Questions of 2018. However, Conservative MP Paul Scully questioned whether Jeremy Corbyn’s possible calling of Theresa May a “stupid woman” was in keeping with the rules of behaviour.

According to the guide, there is no “hard and fast list of unparliamentary words”, with context considered when making a judgement. However, it is specified that the Speaker “deprecates personal remarks about other Members”.

“Any abusive or insulting language used in debate will be required to be withdrawn immediately.”

Much of the guide reasserts long-standing conventions for debate, such as MPs only being able to take part with the Speaker or deputy Speaker’s permission and the occasional need for time limits on speeches, as well as stressing that the order in which speakers are chosen is at the Speaker’s discretion.

It also reminds MPs of the obligation that they attend the beginning of debates in which they wish to speak, before returning for the concluding wind-up speeches at the end of debate.

This might seem like a simple going over of old ground, but the “gentle reminder” could have more to it, with John Bercow regularly defending his efforts to ensure backbenchers get the chance to speak in debates.

Former foreign secretary Boris Johnson was also recently called out by MPs for his absence during the wind-up speeches for the debate on the EU withdrawal agreement, despite giving a lengthy speech that lasted over an hour. In his defence, it was at 01:00 GMT.

The guide also reminds members that questions to ministers, including the prime minister, “must be brief”, another regular point raised by the Speaker. Strangely enough, increased question lengths seem to have coincided with the increased regularity with which MPs share clips of themselves asking said question on social media.

That is, of course, unless they’re referring to a member of the Privy Council, when they become “the right honourable”, or a member of the government, who are referred to by office or as “the minister”.

And just to make things even more complicated, the guide reminds MPs that speeches should be directed towards whoever is chairing the debate.

It does acknowledge, however, that some historic naming conventions, such as referring to QCs as “learned” and former or serving members of the armed forces as “gallant”, have largely fallen out of use.

Introduction of an Independent Complaints and Grievance scheme

The most significant addition to the guide comes at the very end of the document, stressing the need for MPs to work together with each other and members of staff in order to ensure Parliament functions effectively. Centrally, it states the need that “everyone is, at all times, treated with dignity, courtesy and respect”.

This follows the Dame Laura Cox Inquiry, the damning review of bullying and sexual harassment in Parliament earlier this year, which led to the establishment of an Independent Complaints and Grievance Policy Programme (ICGP).

The guide explains that the scheme “offers support and advice to those who have experienced bullying and harassment and/or sexual misconduct while on the Parliamentary Estate, in constituency offices or while undertaking parliamentary work”.

Social media concerns have clearly been on the mind of MPs recently, with the updated rules stressing that members “must not use any device to take photographs, film or make audio recordings in or around the Chamber”.

This appears to be the most breached rule in the House of Commons – even Defence Secretary Gavin Williamson was scolded earlier this year after posting a photo to his Instagram feed during a statement by the prime minister.

The Speaker and his team have demonstrated they aren’t total luddites, however, allowing electronic devices to still be used in the Chamber provided they are “not used in such a way as to impair decorum”. MPs can use electronic devices in place of paper notes, but they must not become a distraction.

Something worth bearing in mind when plotting to bring down the government perhaps, or just for those prone to nose-picking.

Parliament’s attempts to resemble a modern workplace are also reflected in the updated rules of behaviour, with MPs with parental responsibilities allowed to take babies or toddlers through division lobbies or into the Chamber with them during votes.

Earlier this year, Lib Dem Jo Swinson made history by bringing her newborn son, Gabriel, into a debate on proxy voting and parental leave.

While this was tolerated at the time, the rules assert MPs “should not take your seat in the Chamber when accompanied by your child”.

See also  Covid: Virus under control but vigilance needed - Hancock
Share on FacebookShare on TwitterShare on PinterestShare on Reddit
newscabalDecember 21, 2018 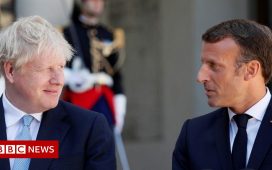 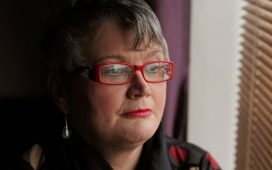 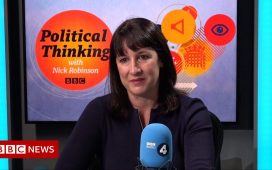 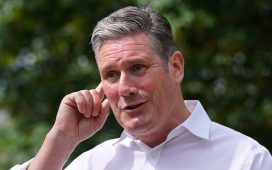