Boris Johnson has extended powers in the Coronavirus Act (

MPs today extended Covid powers to 24 March 2022 without a formal revolt despite disquiet from some Tory and Labour MPs.

Remaining powers in the Coronavirus Act were extended without a full vote in Parliament, despite a tiny handful of MPs shouting “no!” when asked if they wanted to pass it.

While the Coronavirus Act is not behind actual lockdowns in England and Wales – powers for those flow through a separate law passed in 1984 – it still allows authorities to impose a string of restrictions on the public.

Until last month, these included a power to detain people suspected of having Covid for up to 28 days, which was used 10 times in the first year of the Act.

The Act also included powers for the Health Secretary to shut down individual events, gatherings, shops or restaurants if they pose a specific risk.

And the Act allowed authorities to shut individual schools, as well as ports, railway stations and airport, where there was a specific danger to public health.

However the powers for events, venues, schools and ports were not used in the first year of the Act, because authorities could rely on other lockdown laws instead.

Get a daily morning politics briefing straight to your inbox. Sign up for the free Mirror Politics newsletter – and join the debate in the comments below.

Facing pressure from Tory MPs, Boris Johnson announced that the vast majority of Coronavirus Act powers – including on detention, events, gatherings, shops and restaurants and schools – would expire last month.

The means only a few of the more draconian powers – including the power to suspend port operations – now remain in the Act.

However, the Act also includes laws designed to improve the state’s response to the pandemic.

Those include the temporary registration of social workers, paramedics and other NHS staff if trainees or retirees need to surge into the system, and the ability to pay sick pay from day one of absence.

Labour MP Dawn Butler said the “authoritarian” Act had been passed with “no scrutiny” and “it was never proportionate”.

She added she was “pleased” that the most draconian powers – including detention powers – had been removed.

She added 292 charges were incorrect, affecting “distressed people in the pandemic”.

Former Tory rebel Mark Harper said he would no longer oppose the extension of the Act after some of the “most offensive” powers on detention were removed.

The chair of the Covid recovery group raised concerns that the booster jabs roll-out was not going fast enough and should be sped up “to put us in the strongest possible position ahead of the winter.”

But Tory MP Sir John Redwood said the Act should now “lapse” because there had been a “material improvement” in the situation despite soaring cases.

“What is the reason why we have to have these powers hanging over our head when there doesn’t seem to be a need to use them?” he askd.

Ex-cabinet minister Dr Liam Fox added: “There is a strong resentment in many quarters that I have to say that I share about giving any Government extension to powers that are quite as blank as these are.”

But Health Secretary Sajid Javid has defended continuing some Covid-19 provisions, arguing they were “still necessary and proportionate to help with the pressure”.

“But there are provisions in this Act which are still, I believe, still necessary and proportionate to help with the pressure.

“That is for example the registration of healthcare and social care workers, also the power to discontinue healthcare assessments for people being discharged from the NHS.

“I think it is wise especially heading into the winter when we don’t at this stage know just how significant the pressures will be to have that flexibility.”

Labour backed the renewal of the Act because of measures that meant statutory sick pay was in place from day one, not day four, but called for more effective scrutiny.

Shadow health secretary Jonathan Ashworth welcomed the removal of “some of the more draconian elements” such as the power to detain potentially infectious people.

But he warned: “This public health crisis is not over, Covid has not gone away. We can learn to live with the virus but that is not the same as pretending it no longer exists.”Yesterday we recorded 49,156 infections. There are now 7097 in hospital, 791 in ICU. Everyday on average 100 of our fellow citizens are dying from this deadly disease.

What is Covid Plan B? UK government’s restrictions to avoid another lockdown

“With hardly any protective measures and delayed vaccination, the return to school last month has seen record numbers of children become infected.

“The ongoing pandemic is making existing inequalities worse and worse. We need to go further. I never want to see a lockdown either locally in my home city of Leicester, or nationally, again.”

Mr Ashworth warned that the jabs booster programme was “stalling”, adding: “The wall of defence is crumbling”.

He called for retired medics who helped with the initial vaccine roll-out to step up once again.

One month into the booster programme, only half of eligible over-80s have received a booster jab.

Of the 2.2 million who had a second jab more than six months ago, fewer than 1.2 million have had the booster. 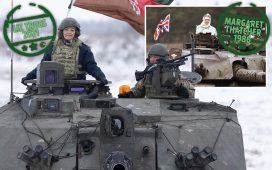 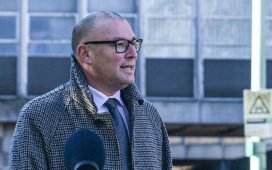 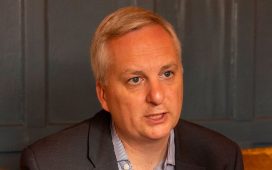 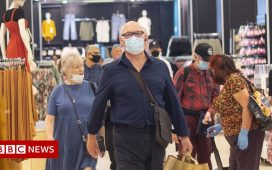