The death of Sir David Amess has sparked questions about MP safety, but face-to-face meetings with constituents are crucial, says Polly Hudson, whose dad was an MP for many years

Growing up with a father who is an MP means you have to share him with many other people.

The part of it I particularly resented as a child was the weekends – my dad had already been gone all day and most evenings during the week at the House of Commons, and then every other weekend he’d disappear too?

I moaned about it to him once. We had an easy, light-hearted ­relationship but I remember him being very serious when he replied to my whinge.

“What I’m doing at weekends,” he told me, “is the most important part of my job.”

What he was referring to was surgeries. Every other Friday evening and Saturday daytime, he made himself available to his constituents – they didn’t need an appointment, they could just walk in and talk about their problems.

In the wake of the senseless murder of Sir David Amess there have been calls for MPs’ surgeries to end, or become virtual. But it would be piling disaster on top of tragedy if either of these things happen.

MPs must be kept safe, for sure – but this face-to-face contact with the people they represent is essential. My dad was an MP for an area of Birmingham for 18 years, but before that he was briefly MP for the area where I grew up, where my mum still lives.

It was one term, 42 years ago, and yet to this day I can’t walk down the high street there without being stopped by a stranger who will tell me about something my dad did for them. A way he helped, improved their lives, that they will never forget. 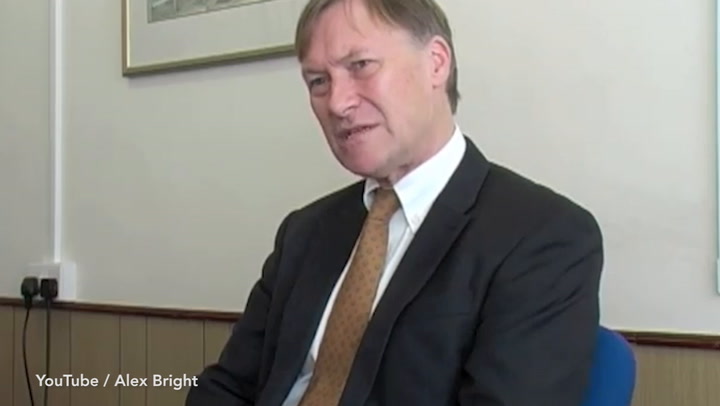 That process, whatever it went on to achieve, had always started because they came to talk to him at his surgery. My dad was right – it’s the most important part of an MP’s job. Working for the people who voted for them. Listening to those who feel they don’t have a voice. Helping anyone who feels helpless.

My dad would regularly marvel at how much a letter on House Of Commons headed paper could quickly achieve, in situations that had been rattling on for years.

Whatever your view of politicians, the simple truth is – rightly or wrongly – your MP’s involvement makes a difference.

Get the latest news direct to your inbox. Sign up to one of the Mirror’s newsletters

My dad knew David Amess, worked with him on a Parliamentary campaign, despite being on polar opposite sides of the ­political divide.

He was one of the first to send my family a message of condolence when my dad died in 2012.

Of course my father would be horrified by what happened to Sir David, and yet, I’m absolutely certain he would be devastated to think surgeries as he knew them would stop as a result.

And – presumptuous though it may be – it’s tempting to suspect that David Amess might well have felt the same.

He was a regular at the charity carol concert put on in his constituency each December, but according to one of the choir members, he missed the start of it every year.

“He was always five minutes late,” remembers Jennifer Stonestreet, “because he’d stopped to talk to someone on the way.”

‘My friend Sir David Amess was warm, friendly and a true champion of human rights’