Moscow wants Beijing's help to reduce dependence on the dollar


Russia wants to integrate the Eurasian Economic Union with China’s Belt and Road initiative to create a large geopolitical block in opposition to the one led by the US. Trade “de-dollarisation” will help resist US sanctions. However, Sino-Russian rivalry makes integration efforts harder whilst Beijing’s presence in Central Asia is a source of dissatisfaction.

Moscow (AsiaNews) – Russia is calling on its partners in the Eurasian Economic Union (EAEU) and China to limit the use of the US dollar (and the euro) within the trading block in order to reduce dependence on the monetary and financial system dominated by Western powers.

Sergei Glazyev, the EAEU’s Minister of Integration and Macroeconomics and a former adviser to Russian President Vladimir Putin, put forward the idea recently at an online forum.

Since its establishment in 2014, the EAEU, which includes Russia, Kazakhstan, Belarus, Armenia and Kyrgyzstan, has boosted its ties with Beijing.

The Kremlin has never concealed its desire to connect the EAEU free trade area with China’s Belt and Road Initiative, Chinese President Xi Jinping’s plan to put China in the centre of global trade.

According to several observers, the link between the two initiatives could create a large Eurasian block to challenge the Western block led by Washington.

The EAEU does not have a single currency like the European Union. To fill this gap, Glazyev urges the Union to develop its own mechanism for international payments, one based on national currencies and China’s yuan, separate from the one controlled by the US dollar.

At present, only half of payments within the EAEU are settled in national currencies, whilst the share for trade with China is even lower, 15 per cent.

In order to “de-dollarise” the Eurasian region, Moscow is looking for help from Beijing; both have been penalised by a series of US sanctions, which affect their access to the global financial system.

According to Russian authorities, 46 per cent of Sino-Russian trade in the first quarter of the year was settled in US dollars (the first time the share dropped below 50 per cent), 30 per cent in euros, 17 per cent in yuan and 7 per cent in rubles.

Integrating the EAEU and China faces however certain geopolitical obstacles.

Whilst Moscow and Beijing have shared a certain division of labour in Central Asia – with Russia exercising leadership in the security field and China in the economy – Beijing’s growing strategic involvement in the region, as evinced by its military presence in Tajikistan, is changing the balance.

More recently, the COVID-19 pandemic has also slowed down the Belt and Road initiative to the point that it has almost halted.

In addition, Central Asians are increasingly disappointed with Chinese companies. The latest episode occurred in Kyrgyzstan earlier this month, coinciding with the protests over the outcome of local parliamentary elections, when mines run by Chinese companies were attacked and occupied by hundreds of residents. 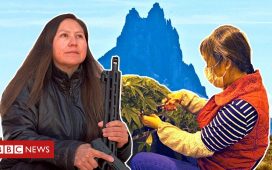 Chinese dreams on Native American land: A tale of cannabis boom and bust

As India reels, poverty is increasing 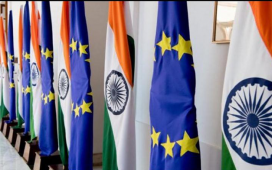 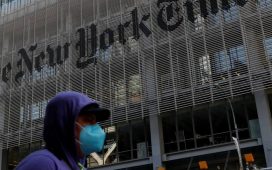