A plan to fast-track vaccinations in dozens of Indigenous communities has been unveiled by the Australian government’s Covid vaccine taskforce, with an extra $7.7m in funding to help boost take-up rates and address hesitancy and misinformation.

It comes as health authorities were on Monday forced to correct official figures that had incorrectly doubled vaccination rates for Indigenous Victorians.

According to Australian Immunisation Register data, an extra 26,000 people had wrongly been classified as being Indigenous as a “result of the software used in Victorian clinics wrongly assigning Indigenous status to patients”.

“The total number of vaccinations delivered in Victoria is accurate, this correction was only limited to a person’s Indigenous status,” a health department spokesperson said.

“Quality assurance processes on COVID-19 vaccination data have not identified this discrepancy in other jurisdictions.”

Guardian Australia has previously reported that the gap between Indigenous vaccination rates and the overall state rate ranges from between 10% in the ACT to 16.7% in New South Wales and South Australia.

While it appeared Victoria had achieved a higher Indigenous vaccination rate than the overall rate, Operation Covid Shield on Monday issued the correction to these figures.

Meanwhile, the taskforce has released details of the 30 regions it will prioritise across the country in a push to vaccinate Indigenous Australians, after consultation with Aboriginal health organisations and the states and territories. It will also begin publishing vaccination data for the areas as it seeks to meet, “if not exceed”, national targets.

“Work is beginning immediately to accelerate vaccinations in these areas (and) the individual needs of each community is being considered and addressed in partnership with all stakeholders,” a statement said.

The vaccination surge in the 30 areas was flagged by the taskforce commander Lt Gen John Frewen at a Senate hearing earlier this month, with the planned acceleration derided as a “mad scramble” by Labor’s Linda Burney.

Frewen suggested that the 30 identified regions were those that would “get the highest return on the effort” of putting in the surge capacities.

The $7.7m in extra funding that will underpin the program will support additional “vaccine liaison officers” who will be employed to work directly with remote and very remote communities, as well as Aboriginal and Torres Strait Islander people living in discrete communities in other areas.

The government will also provide funding for First Nations Media to produce and distribute a “package of culturally appropriate public relations content” to Indigenous Australians about the vaccine rollout.

This work will focus on building trust within communities about the safety and effectiveness of the vaccine in an attempt to counter misinformation that has held back take-up rates in some indigenous communities.

Operation Covid Shield said the focus of the media campaign was “to broaden the conversation around vaccinations and allow more space for dialogue to build trust within communities”.

“The activities will address misinformation and build positive sentiment and intention toward vaccination which is community specific and developed in a culturally safe way by using local and trusted voices and sharing positive stories,” the statement said.

“The work will be undertaken by a number of local Aboriginal and Torres Strait Islander media organisations across the country, with a particular emphasis on the areas that are included in the acceleration plan.”

This funding will be in addition to an existing communication campaign run by Indigenous communications supplier, Carbon Media, which the government said had delivered “robust communications to encourage uptake of the vaccine, address vaccine hesitancy and address misinformation within the community using trusted voices within communities”.

In NSW, the Central Coast and Wollongong areas are listed as priority areas, while in the NT, Greater Darwin, North-East Arnhem Land and Barkly will be targeted.

In South Australia, just Port Lincoln has been identified.

Operation Covid Shield said it would continue to work with the states and territories, NACCHO, the Royal Flying Doctor Service and other Indigenous stakeholders to monitor the progress of the acceleration and to identify further priority areas.

The minister for Indigenous Australians, Ken Wyatt, has said vaccine hesitancy among Indigenous communities has been part of the reason for the lower rates, despite First Nations people being identified as a priority group that was originally meant to be vaccinated by Easter.

See also  Growth in surveillance may be hard to scale back after pandemic, experts say
Share on FacebookShare on TwitterShare on PinterestShare on Reddit
newscabalSeptember 13, 2021 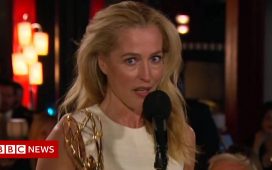 Emmy Awards 2021: The Crown and Ted Lasso among early winners 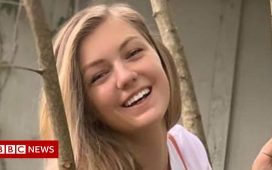 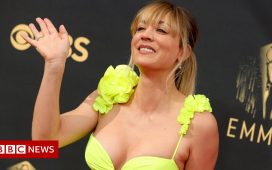