There used to be a seven-year waiting list for a new Morgan sports car which gave you plenty of time to a) try to find the money and b) pluck up the courage to tell the other half what you’d done.

Now the wait is less than a year so you have to be more careful – especially if you visit the Morgan factory in Malvern.

It’s an amazing place, full of craftsmen bashing metal and shaping wood. And they really are making a car to your specification with virtually any colour possible.

This Morgan Plus Six is a very easy thing to fall in love with.

It’s a completely new car. It looks exactly how a Morgan should, but underneath its flowing lines is a brand-new aluminium chassis that’s twice as stiff as the chassis used on the Aero series of cars.

In fact, there’s more wood by volume in the Plus Six than there is in the more traditional Roadster and Plus Four models that the company still makes.

Under that long bonnet sits a state-of-the-art BMW engine. Codenamed B58, this is the three-litre straight-six turbocharged unit that’s used in the new BMW Z4 roadster and Toyota Supra.

It’s the first time a turbocharged engine has been fitted to a Morgan. The power output is 335bhp, which in a car that weighs only 1,075kg dry makes for very strong performance.

Try doing that on an autobahn and I suspect you’ll lose either your hearing or the cloth roof. Or both. But seriously, you need to be wary of your licence when driving the Morgan because the speedo and rev counter are in the centre of the dashboard – and the speedo is closer to the passenger.

You might need to ask them to let you know when you’re past the legal limit.

There’s something missing in the Plus Six that the sort of person who might be in the market for a Morgan might wish was there – and that’s a clutch pedal. The car only comes with BMW’s eight-speed automatic gearbox.

There’s talk that a manual version might come later but I doubt that because BMW is unlikely to make a manual gearbox for the Z4 or any of its other models that use the engine as there simply wouldn’t be demand for it.

No matter, because the automatic gearbox works perfectly.

A sports exhaust is available fitted as an aftermarket part. Our car has one and without it would be too quiet.

I’m not a massive fan of loud cars but even this sports exhaust is a bit too civilised.

The best thing about this car is the way it drives. Morgans have traditionally had such a bad ride over bumps that osteopaths would post adverts in Morgan owners’ club magazines.

The Plus Six is a massive improvement in that respect.

The Roadster and its old-fashioned siblings challenged their drivers to a wrestling match on rough roads and would bob about all over the place under heavy braking.

The Plus Six is fitted with modern electric power steering but it hasn’t robbed the car of a rather classic feel.

That’s important because a Morgan doesn’t need to be, and shouldn’t be, a sharp-handling sports car that can outrun a Porsche.

The appeal of a Morgan, and especially this one, is that it gives the classic experience but with modern manners and reliability.

In a world in which so many cars look the same and have unrealistic and unusable performance, a Morgan makes more sense now than it ever did.

And the new Plus Six is spectacularly good.

And they look old when they’re new, so they don’t age.

As modern as the Morgan isn’t.

More power than you need, and it’s wider and heavier than it used to be.

Very different to a Morgan, but it’s British and you’re buying a lifestyle.

Like the Morgan, it’s got character by the skip-load. 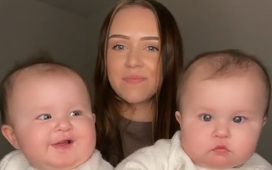 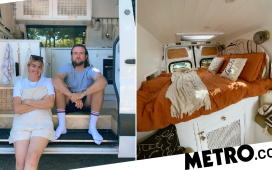 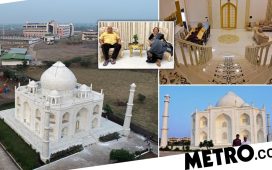 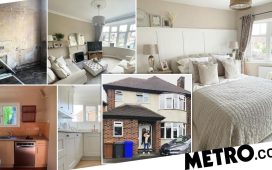