More than 61,000 children in the US tested positive for coronavirus last week – the highest total ever since the pandemic began, a new report finds.

As of October 29, 853,635 youngsters have been diagnosed with COVID-19, the American Academy of Pediatrics (AAP) revealed on Monday.

Pediatric cases make up 11.1 percent of all infections in the US, which is a five-fold rise from mid-April when they accounted for just two percent.

However, hospitalizations and the mortality rate among children remain low at 3.5 percent and 0.2 percent, respectively. 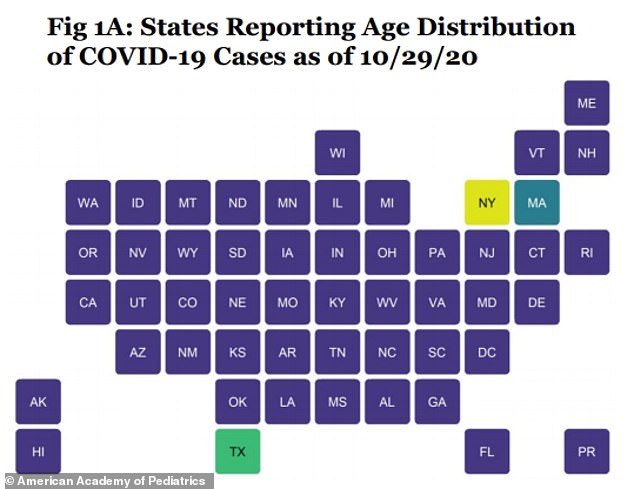 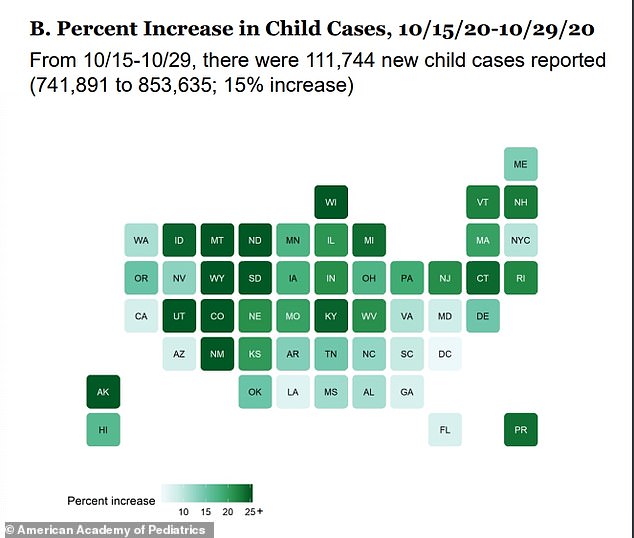 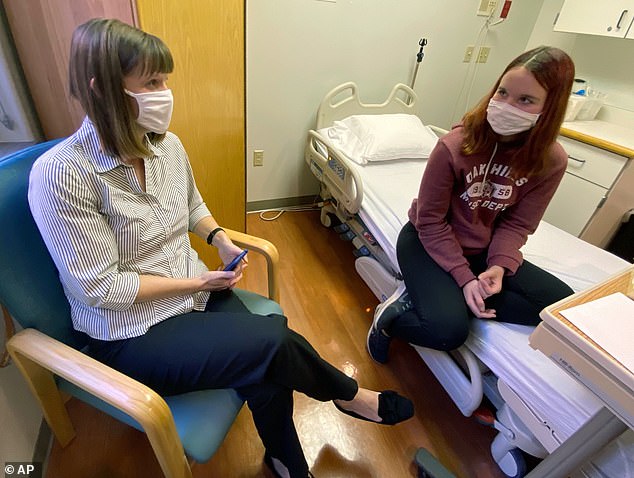 Wyoming has the highest percentage of cumulative child cases at more than 25% and North has the highest rate with about 3,300 cases per 100,000 children. Pictured: Katelyn Evans (right) speaks to her mother Laurie Evans ahead of receiving an injection in Pfizer’s COVID-19 vaccine trial at Cincinnati Children’s Hospital Medical Center, October 14

‘This is a stark reminder of the impact this pandemic is having on everyone – including our children and adolescents,’ said Dr Sally Goza, president of the AAP, in a statement.

‘This virus is highly contagious, and as we see spikes in many communities, children are more likely to be infected, too.’

According to the report, the overall rate of pediatric coronavirus cases is 1,134 infections per 100,000 children in the population. 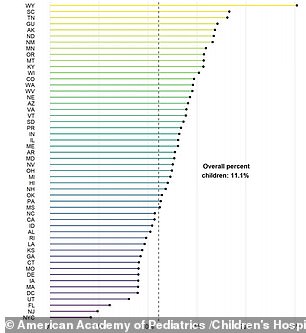 Currently, there are 11 states that report 15% or more of their cumulative cases are among children (above)

Wyoming has the highest percentage of cumulative child cases with more than 25 percent of all the state’s cases among its youngest residents.

Just two places in the US – New Jersey and New York City – have reported fewer than five percent of their cases are among kids.

North Dakota has the highest rate with about 3,300 cases per 100,000 children living in the state.

What’s more, the greatest increases in pediatric cases have been in mostly the Great Plains and Mountain West. 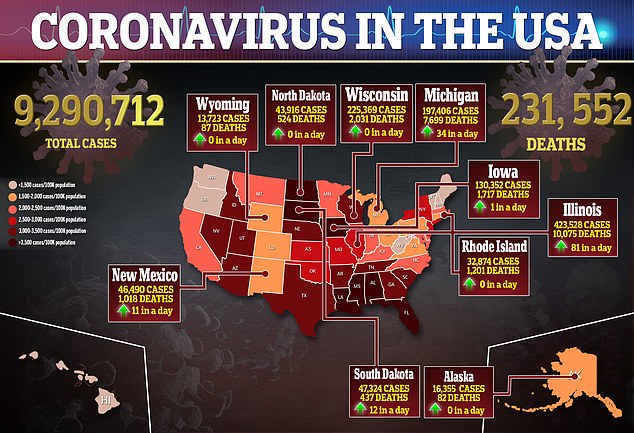 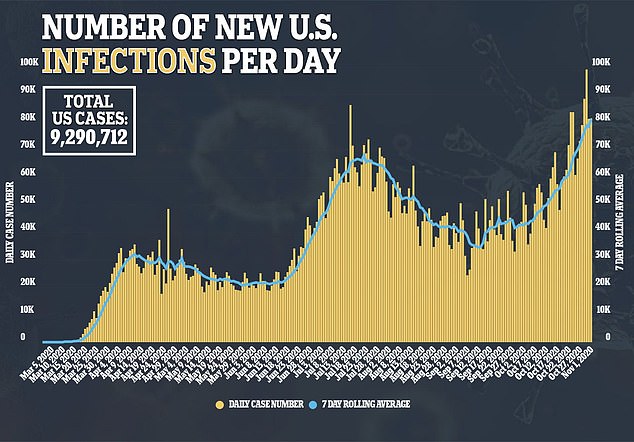 As of October 29, children made up no more than 3.5 percent of total reported hospitalizations.

There around 120 confirmed child fatalities from the virus – and 16 states reporting no pediatric deaths.

‘The available data indicated that COVID-19-associated hospitalization and death is uncommon in children,’ the report reads.

‘However, there is an urgent need to collect more data on longer-term impacts on children, including ways the virus may harm the long-term physical health of infected children, as well as its emotional and mental health effects.’