More than £52bn in company dividends is at risk in the UK this year as the coronavirus crisis prompts businesses to slash payouts, according to new research.

Dividend payments from UK companies will fall by up to 53 per cent in 2020 to £46.5bn, including first-quarter payouts that have already been made to shareholders, according to a worst-case scenario forecast by Link Group, which administers financial ownership data.

More than 40 per cent of British companies have already axed dividends, representing cuts of £28.2bn. Almost £24bn more are at risk, the group added.

Dividend payouts, which are a key source of income for savers and investors, have come under intense scrutiny during the outbreak, as whole sectors are put into lockdown and thousands of workers furloughed.

Big investors have urged troubled companies to ditch their dividend to secure the future of the business, but some have also warned that well-capitalised businesses are scrapping the payouts for fear of public backlash if they are seen to be rewarding shareholders.

“Some of the cancellations for this year are very necessary to protect companies,” said Kit Atkinson, head of capital markets for corporate markets Emea at Link Group. “For many, public relations are playing a role.”

Dividends “really matter”, providing an income for pensioners and other savers, as well as underpinning share price valuations, he added.

Several insurers, including Aviva and Direct Line, said on Wednesday that they were postponing their dividend payments, while British banks have also scrapped their payouts.

The Link research said it expected “classic defensive sectors” such as food retailers, healthcare and basic consumer goods, to continue paying their dividends.

On Wednesday Tesco announced it would pay a full-year dividend of 6.5p a share. Chief executive Dave Lewis acknowledged the sensitivity around paying dividends, but said the needs of savers and pension funds also needed to be considered in the debate around payouts.

Neville White, head of responsible investment policy at EdenTree, the UK asset manager, said that for sectors “that are largely unaffected” by the outbreak, “there is no reason why they shouldn’t continue paying their dividend”.

Eugenia Unanyants-Jackson, head of environmental, social and governance research at Allianz Global Investors, said decisions about dividends should be on a company-by-company basis. “We should not give the impression that all dividends are bad.”

Retail investors have also criticised companies with adequate cash reserves for trimming payments. Peter Parry, policy director of the UK Shareholder Association: “There’s a fine line between being unfair and a company just being prudent.”

However, it is in shareholder interests for companies to err on the side of caution. “It really is hard to know how long this is all going to last.”

Though the dividend cuts may be unpopular with some investors looking to draw income, Cliff Weight, director of shareholder advocacy group ShareSoc, said it was better for companies to conserve cash rather than risk going bust.

Investors should not be dependent on income from investments, Mr Weight added. “You should have a sufficient cash buffer so that if the worst does happen then you’re not financially destroyed.” 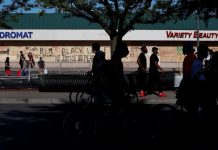 Retailers already hit by coronavirus board up as U.S. protests rage 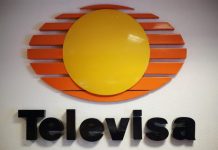 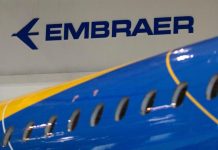 Debenhams to keep cafes closed after lockdown with workers made redundant