Money without a workforce plan won’t help the NHS

What’s the one thing I wish I had known at the start of my tenure as health secretary? It is that money without a workforce plan often gets wasted. You can give the NHS billions more a year — but without additional doctors and nurses to provide the extra care, the money can hit the bottom without touching the sides. Indeed, the impact can be worse: extra resources can simply inflate locum doctor and agency nurse rates.

The government’s decision to inject £12bn into the NHS via a National Insurance increase was a bold and necessary move. We will all have to pay more for our health and social care in the coming years. In tax-funded systems like ours or New Zealand’s, this can only mean an increase in tax. Raising funds through a new health and care levy is the honest way to do this. It means we can have a sensible debate at each election about what level it should be.

What’s missing is a strategic workforce plan to go with the extra funds. The Health Foundation estimates it will take 4,000 more doctors and 17,000 more nurses to clear the backlog, but where are they to come from? Immigration has been a sticking plaster for many years, but with a global shortage of doctors and nurses, it is hardly a long-term solution. It is also ethically dubious to import large numbers of doctors and nurses from countries like South Africa and Somalia that need them at home.

So all eyes are on what next week’s budget settlement will be for Health Education England, the body responsible for recruitment and training of clinical staff. In normal times this quango’s settlement would not attract headlines. But the chief executive and national medical director of NHS England have made clear how concerned they would be if it were frozen or cut.

They are right. Cutting the numbers of doctors and nurses we train would be a disastrous step backwards. It would be an extraordinary waste of the additional £10bn a year funding the NHS and social care will receive if we do not train up enough doctors and nurses to make sure the money is actually used as intended. It would also be a massive disappointment to the 5.7m people on the waiting list (including 6,000 who have been waiting more than two years) when they find the additional taxes they have paid have not sped up their care.

But this is a moment for more fundamental reform, too. I set up five new medical schools and increased doctor, midwife and nurse training places by 25 per cent. But it is always a challenge persuading Whitehall to make such long-term investments. Worrying about how many doctors we have in a decade is rarely top of a chancellor or health secretary’s priorities in difficult spending review negotiations.

The result is that we have one of the lowest number of doctors per head in Europe — and workforce shortages in nearly every NHS speciality. We have growing problems of burnout, early retirement, people choosing to work part time and tense industrial relations, visible in the British Medical Association’s decision to ballot for a strike.

It is surely time for a root-and-branch overhaul of the way we train, recruit and retain NHS and care staff. I believe we should make Health Education England statutorily independent, with a duty to publish regular projections of the numbers needed in every speciality and the numbers we should be training accordingly. It would then be a political decision whether to fund those training places — but at least we could have a transparent and honest debate.

This change is supported by my select committee, the Royal Colleges, the health think-tanks and NHS providers. We hope the government will accept an amendment we have put down to the Health and Care Bill to deliver this. Workforce training will never have the political salience of waiting lists, but without it the government’s tax-raising gamble will fail. 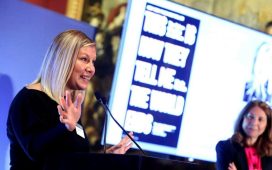 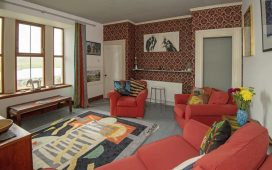 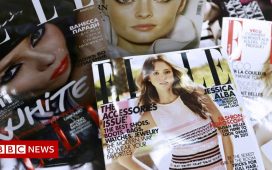