MOLLY-MAE Hague showed off her toned abs in a skimpy halterneck top after going on a strict diet.

The Love Island beauty, 22, revealed she was going in a health kick last January after vile trolls had criticised her body when on holiday with Tommy Fury last year.

Molly  showed off her incredibly flat stomach as she posed for a photo.

She looked toned as ever in her brown halterneck bra-let.

The influencer teamed it with a pair of baggy white trousers that were loose and showed off her weight loss.

She left her flowing locks to tumble over her shoulders as she promoted her range of hair extensions.

Just days ago Molly revealed what she looked like make-up free.

The Love Island star, 22, showed off her natural beauty without a scrap of make-up on in an Instagram selfie.

She wore her hair up in a bun and ditched her usual full-face of make-up for a natural look.

The Prettylittlething designer looked gorgeous in a white vest top and blinging silver bracelets as she showed off her new look.

Despite being in great shape already, Molly announced last January she had started a strict diet.

After a relaxing Christmas at the couple’s home in Manchester, Molly followed a healthy eating plan.

Sharing a glimpse of her upcoming dishes, she wrote: “What my week looks like.”

She then poked her fork around a chicken and rice meal, writing: “Health kick in full swing.”

In a vlog post not long afterwards, Molly told how she was giving her lifestyle an overhaul – but insisted it had nothing to do with the trolls.

She said: “I’m on a really strict diet plan at the moment.

“For breakfast I’m going to be having some cereal. I’ve been having the same breakfast for the last month. It is 30 grams of Coco Pops – an exciting breakfast.”

a wright knees up

Molly wanted to return to the shape she was in pre-fame.

She and admitted she’s been finding it hard looking after her body in the year since she was on Love Island.

She said: “I’m on this diet plan that’s been given to me by this really great guy that specialises in body transformations and I’m just really trying to get back to my pre-Love Island body. 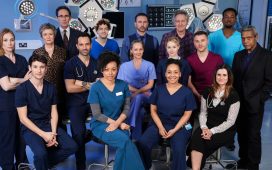 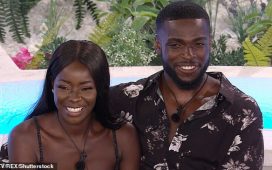 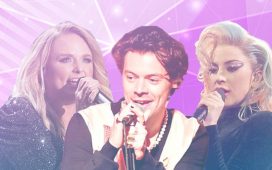 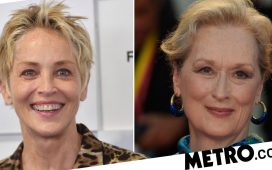 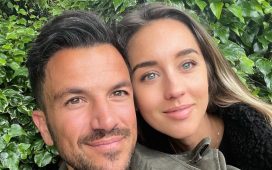