The head of Moldova’s pro-Russian opposition party, former president Igor Dodon, has reportedly been detained on corruption charges, in a move likely to anger the Kremlin.

Photographs showed members of Moldova’s Information and Security Service escorting Dodon to a van after he was detained at his house in the capital, Chisinau.

Cazacov did not identify the detainee but said the investigation focused on suspected acts of “illicit enrichment, passive corruption, illegal party financing and (treason), which have taken place since 2014.”

The Kremlin earlier on Tuesday said it was concerned at media reports that Dodon had been detained, with spokesperson Dmitry Peskov calling on the Moldovan authorities to respect his rights.

Socialist party deputy chair Vlad Batrîncea said he believed the actions of the investigators were a politically motivated move by authorities loyal to pro-western president Maia Sandu, who replaced Dodon as president in 2020.

“This is a dangerous game, those who go against the opposition want to provoke destabilisation,” Batrincea said at a briefing.

Sandu won a landslide victory in 2020 after harnessing voters’ anger over a long history of political scandals and exhaustion with endemic corruption, including the theft of $1bn from Moldovan banks in 2014-15.

A representative of Sandu, who is in the United States to celebrate her 50th birthday, did not respond to a request for comment. 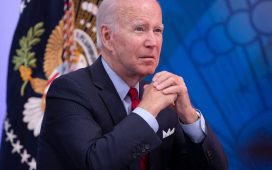