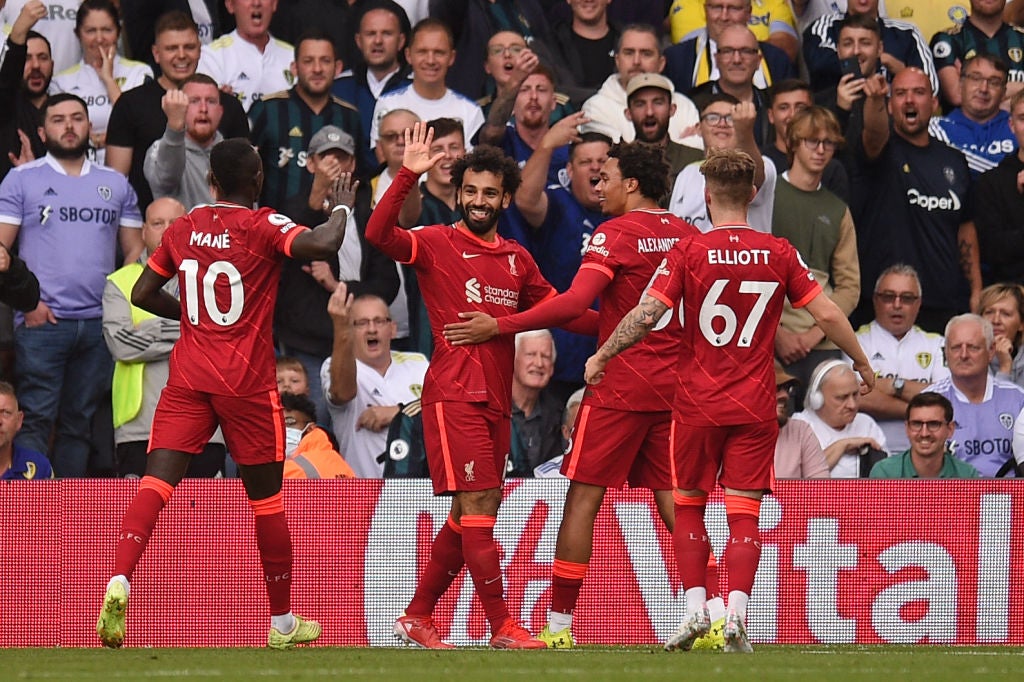 As Mohamed Salah joined the Premier League’s hundred club, Leeds and Liverpool find themselves in very different groups. Jurgen Klopp’s side remain among the unbeaten and victory put them in a select band of three leaders on 10 points. Leeds are still in the band of the winless, an unconvincing start to the campaign continuing.

For Liverpool, celebrations of Salah’s century gave way to concern about Harvey Elliott, stretchered off with a seemingly serious ankle injury after a challenge that brought a straight red card for the Leeds substitute Pascal Struijk. The abiding image of Salah from a landmark game may remain of him rushing to the stricken Elliott, rather than eviscerating Leeds.

But he did. Fabinho and Sadio Mane also scored in a game that, 48 hours earlier, it appeared the Brazilian would miss. Liverpool’s superiority was still greater than the scoreline suggested. Leeds have already been thrashed at Old Trafford this season and this might have been another rout. After going unbeaten at Elland Road against the ‘Big Six’ last season, this was chastening. Their defensive difficulties were compounded by the loss of the injured Diego Llorente, while Struijk now faces a three-match ban. With Liam Cooper and Junior Firpo both struggling and Leeds conceding to a set-piece – a regular failing last season – it amounted to a wretched day for their rearguard.

Initially, however, Marcelo Bielsa’s side seemed to have much to savour. Dan James’ debut was delayed, though he came on as a substitute to a rousing reception, and Raphinha began on the right in his stead, latched on to Kalvin Phillips’ diagonal pass and set up Rodrigo for a shot Alisson blocked. It was a high-speed, high-class Leeds attack.

But then Liverpool assumed the initiative. Weight of pressure and speed of attacks told, relentlessness bringing a reward. Liverpool excelled on their right, with Salah dominant and Elliott and Trent Alexander-Arnold providing fine support. Their breakthrough stemmed from Joel Matip’s ability to carry the ball forward and featured a low cross from Trent Alexander-Arnold that Salah tucked in. The watching Robbie Fowler no doubt admired the predatory finish, but perhaps it was fitting that Salah’s milestone goal was created by a Liverpool full-back.

It meant his ton of top-flight goals in England – how Chelsea must wish that more than two came in their colours – came in just 162 games. Only Alan Shearer, Harry Kane, Sergio Aguero and Thierry Henry have brought up a century quicker.

Salah could have had an assist, too; Diogo Jota chested down Salah’s cross but directed his volley too close to Illan Meslier. Thiago Alcantara headed in a Salah centre but only after the Egyptian was offside.

And Liverpool fashioned a host of chances. Mane missed the best with his Ronnie Rosenthal moment, skying a shot over from five yards when Jota picked him out. The chances amassed for Liverpool. Elliott’s shot was parried. Mane’s went just wide. First the Senegalese and then Salah failed to convert in quick succession in the second half, but it produced a corner. Alexander-Arnold took it, Virgil van Dijk headed it down and Fabinho prodded the ball past Meslier. Mane’s goal eventually arrived, greeted by the winger with a smile and a sigh of relief, when he was teed up by the influential Thiago.

Luke Ayling had denied him with a superb sliding intervention, but it was a damage-limitation exercise for Leeds by then. There were a couple of isolated highlights, with Dan James coming on for a debut and Patrick Bamford almost succeeding with an audacious attempt to lob Alisson from 50 yards. But realistic hopes of a fightback departed with Struijk. Yet if his afternoon ended, the fears were that Elliott’s season did too. 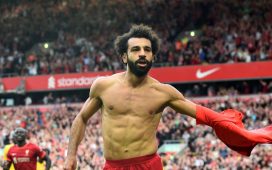 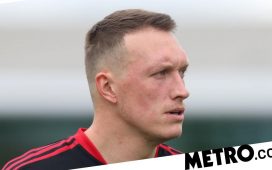 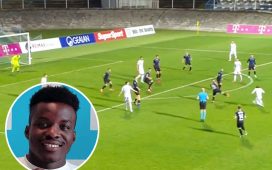 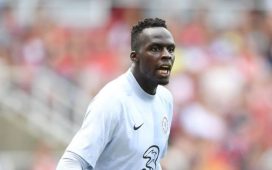 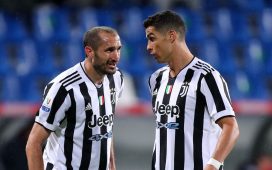