Danny Murphy has leapt to Mohamed Salah’s defence in light of comments made by the Egyptian linking him with a Liverpool exit.

The Reds forward has been a massive hit at Anfield since joining from Roma in 2017.

He has scored over 100 goals en route to winning the Premier League and Champions League in recent seasons.

That has attracted the attention of Europe’s elite and Salah in a recent interview refused to dismiss a move away in the future.

“I think Madrid and Barcelona are two top clubs,” he confessed to AS . “Who knows what will happen in the future.”

Salah was left on the bench by Jurgen Klopp for Liverpool’s next game at Crystal Palace.

The Egyptian, who also expressed disappointment at not being named captain for a recent European clash, came on as a sub to score a quick fire double.

And Murphy believes the 28-year-old should be judged on his current exploits rather than his future ambitions.

He told the Daily Mail: “All Salah did was fail to commit the rest of his career to Liverpool or close the door completely on a move to Barcelona or Real Madrid.

“As a fan, you’d want him to nail his colours to the mast and shoot down any transfer speculation immediately but if you think about it from Salah’s point of view, it is understandable.

“He didn’t grow up in  England, his family may want to live in a warmer climate or different culture.

“I’d have played forever at Liverpool if I’d been a guaranteed pick like Salah, but these days it’s normal for players to leave themselves options.

“I always think it is best to judge players by their workrate and performances on the pitch and you cannot fault Salah this season or at any time since he joined the club.

“He is in brilliant goalscoring form and we should focus on that rather than what may or may not happen in the future.” 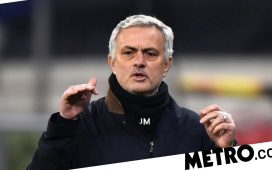 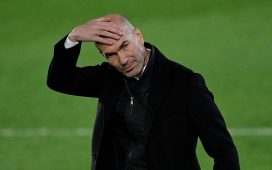