CARACAS (Reuters) – Major League Baseball will not give permission for players to participate in the upcoming Venezuelan Professional Baseball League (LVBP) season, three sources close to the Venezuelan league said on Thursday, attributing the move to U.S. sanctions.

Venezuelan players who play for MLB’s 30 teams or their hundreds of minor league affiliates often return to their homeland to play for one of the LVBP’s eight teams during the winter season, which begins in October. Players from other nationalities also participate.

But earlier this month Washington froze Venezuelan state assets and threatened to impose sanctions on any company that does business with President Nicolas Maduro’s government, which is accused of human rights violations and has overseen an economic collapse.

Last year, the LVBP received a $12 million sponsorship from state oil company PDVSA, which itself was targeted by sanctions in January.

A spokesman for the LVBP said the league had not received any official communication from the MLB. An MLB spokesman did not respond to calls and emails seeking comment. The Major League Baseball Players’ Association, a union representing players, also did not respond to a request for comment.

As of March, there were 68 players from baseball-mad Venezuela on MLB rosters, the second-most of any foreign nationality, behind the Dominican Republic’s 102.

The number of major league stars returning to play in the LVBP during the winter has diminished in recent years, due to rising insecurity in the crisis-stricken nation. Many LVBP players, however, play for one of MLB’s hundreds of minor league teams.

One of the sources said the MLB’s move would affect minor league players as well. Representatives of Maduro’s government told LVBP officials in a meeting this week that the upcoming season must take place “however it happens,” according to a source with knowledge of the meeting.

Venezuela’s information ministry did not immediately respond to a request for comment.

In 2011, Venezuelan catcher Wilson Ramos – who played for the Washington Nationals at the time and now plays for the New York Mets – was kidnapped outside his mother’s home in the central Venezuelan city of Valencia. [reut.rs/2P9Zlz2]

Last December, two former MLB players who were playing for the LVBP’s Cardenales de Lara died in a car accident after their car hit a rock in the road while traveling at night.

The Trump administration earlier this year blocked a deal that would have allowed players from Cuba – a close ideological ally of Maduro – to sign with MLB teams without needing to defect. 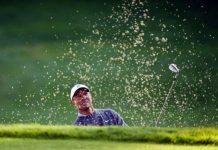 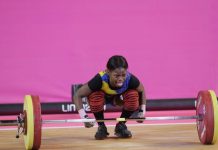