Many Nigerians have started taking digs at Mr Tunde Fowler, former Executive Chairman, Federal Inland Revenue Service (FIRS) on social media for the tone of his letter for reappointment. His tenure ended yesterday and a successor, Muhammed Nani, was appointed by the Federal Government. However, not a few spoke in his defense.

First, in the letter, dated 9 December, critics complained that Fowler addressed Boss Mustapha, Secretary to the Government of the Federation, as “Your Excellency”.

His critics further went to town by saying that since his tenure expired on 9 December, 2019, he went on his knees in that letter, saying:

“I wish to present myself for a reappointment for a second term. This is consistent with the Provisisions of the FIRS Establishment Act 2007 and would grant me the opportunity to consolidate on  and build on the achievements we have recorded in the past four years.”

“So he was even begging for a reappointment as at yesterday morning? What nonsense. Like a good friend of mine said to me yesterday,  these men really have no shame and in the real sense, have nothing upstairs. If you know your onions, you would walk out on idiots and not be this clingy. The same people he was asslicking, were so disrespectful and disdainful that they even had to leak the memo after dropping him.”

“He went cap in hand but no way. This guy did everything to put every Nigerian into the tax Net starting next year, they have brought in a Fulani to come and take credit. Heart breaking.”

“Now in their pocket:

“Are people just reading ethnic imbalance in the affairs of this administration? They are coming late to the dinner. I am yet to read why a particular ethnic group, known for its surfeit of human resources, is not deemed qualified to be represented in any arm of the country’s security and even paramilitary architecture at the apex level. Incidentally, this is a group that its wards seeking admission at Federal government institutions, are expected to score the highest grades for qualification. My brother, we are in a process. With time, some manipulated narratives preceding and succeeding the civil war, will be challenged. Some quick-fix heroes will then be unmasked even in their currently deified graves. Ojukwu will then, no longer be seen as a villain or someone driven by ambition but one who saw the evening while others were yet to embrace the morning.”

“Why is it that official documents sent to top government functionaries get leaked through the social media? One can recall that the query issued to Fowler by the Chief of Staff was also leaked. These are apparently deliberate occurrences. Yet they want to control the social media.”

My take on this is that he should have allowed his work to speak for him instead of begging for reappointment that many Nigerian are expecting from Mr president.“

“He wrote the letter the very day his tenure expired?  Whatever happened to giving notice?”

“He’s a poor lobbyist,if indeed he wrote this dated letter. Not like it is going to make any difference anyway, but he ought to have initiated his lobby months before the actual date of his tenure’s expiration.”

There were people who defended Fowler:

“Is there a law that says he should be replaced with a southerner?”

“Just wondering what comes to mind when we claim we want to develop and grow beyond sectional politics. I recognize need to equity though. The third mainland bridge happened while everything was in their (North’s) pocket. The major infrastructure in Lagos happened while everything was in their pocket. You had Obasanjo for eight years and the presidency was in your pocket. See how so developed the South west is by that reason. You had Kemi Adeosun. You had Adesina. You have Fasola and see how so super the roads in south west are. You have Aregbesola who heads immigrations, prisons, federal fire service, NSCDC. Abeg, second base. Anyway, what do I know ?”

“These northern politicians are just using us.  That is why we must restructure.  Whoever leaked a letter written by an FIRS chairman to the SGF has treachery in mind. But many people  are overwhelmed by their selfish ambition.”

“Wether he was  re-appointed or not, he has been successful in life, what he did during a former governor of lagos state, Asiwaju, as chairman of inland revenue speaks for him, and when he was  appointed as chairman of FIRS he discharged his power and experience to generate for the country what, i don’t think has ever been generated in the country called Nigeria.  I wish mr babatunde fowler all the best.”

“This is not a big deal everybody requests for a second term.

You either get it or they turn you down, he has not done anything wrong.” 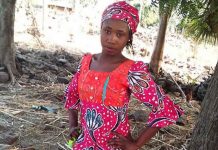 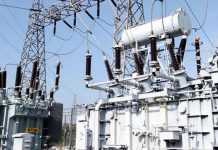 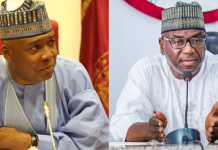 Pulse Exclusive: How the Saraki and Abdulrazaq families became enemies in Kwara