MISSING Brits are feared to have been taken hostage by ISIS – as jihadi gunmen besieged a hotel and ambushed an expat convoy in Mozambique.

A convoy of foreign contractors was attacked by ISIS militants in Mozambique yesterday.

Dozens of expats were killed or missing – with Brits believed to be among them – after the ambush outside a hotel in Palma, near Africa’s biggest gas project, worth £14 billion.

Some are believed to be possibly being held hostage by the ISIS insurgents, the Sunday Times reported.

A Foreign Office spokesperson told the BBC: “Our High Commission in Maputo is in direct contact with authorities in Cabo Delgado to urgently seek further information on these reports.”

Relatives of the missing are furious that there was not a proper evacuation plan.

There have been warnings that Palma would be a target for insurgents in the area.

The whole town of 53,000 people is under the control of 100 militants – many holding ISIS flags – after attacks began on Wednesday.

Two Brits were among a group who were rescued by South African mercenaries in forests in Palma.

British contractors are still working at the gas site, which is operated by French company Total.

During the three days of attacks, banks have been looted, government buildings and vehicles have been set on fire and much of Palma has been destroyed.

A security consultant told the Sunday Times that the town was “chaotic and with no real sign of anyone on the offensive… the insurgents are doing as they please”.

South African Adrian Nel, 40, was one of those who has been killed in Palma.

His devastated mum Meryl Knox said: “My son’s body is still there and I know those savages would have done horrific things to him.

He had spent two days at the Hotel Amarula waiting to be evacuated with his brother Wesley, 37, and stepdad Greg, 55.

There were about 190 other expats, workers and dignitaries also waiting to be saved.

As insurgents surrounded the hotel, a group of 60 tried to make a run for safety in a convoy.

Seven of the vehicles managed to speed away, but 10 were fired on by armed militants.

Human Rights Watch said witnesses described “bodies on the streets and residents fleeing after the… fighters fired indiscriminately at people and buildings”.

Covid deaths plummet to 19 in second-lowest toll since September & 3,862 cases

Hundreds of sea creatures ‘deadlier than cyanide’ wash up on beach

The hotel was later burned to the ground.

US President Joe Biden has described the extremists in Mozambique as a “foreign terrorist organisation”. 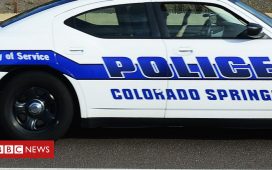 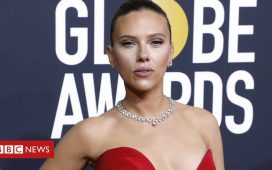